The great thing about Vélib is that you can stop when something catches your eye, like this contre-jour effect on the Canal St Martin: 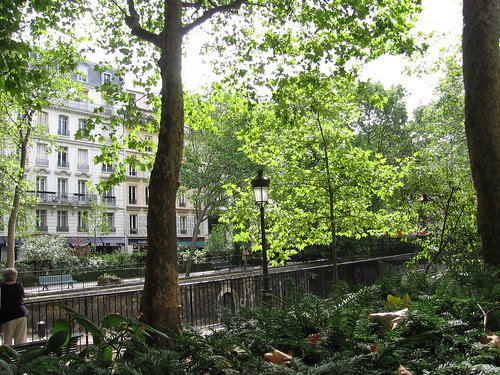 I was on my way to the area around Parc Bercy, passing the Palais Omnisports and finally spotting how they manage to mow the grass on a near-vertical slope. The park was developed on a wine-warehousing site near the railfreight station; some attractive stone-faced buildings have been retained as a rather too spick-and-span shopping village (chi-chi kitchen gadgets, Occitane en Provence and rather a lot of Club Med), surrounded by posh apartments and offices. Stopping for lunch there, I realised there might be an explanation for the decline in the population of sparrows in London. Maybe they've all come here, because there seem to be a lot, in rude health - I saw one fly off with a piece of bread almost as big as itself.

On the way around the park itself, I saw, of all things, a pair of chandeliers hanging over a gateway in a security fence. Passing round the building, I realised this was the Musée des Arts Forains, or fairground art. I'd heard of it, but discounted the idea of visiting because I had the impression they only accepted organised groups: but there was a sign saying the next visit would begin shortly, and the people waiting didn't appear to be a coach-party. Sure enough, though most of them had booked, there was no difficulty about admitting people who, like me, had just turned up on spec. The main point is that you can only take a guided tour, for which they obviously prefer people to book. 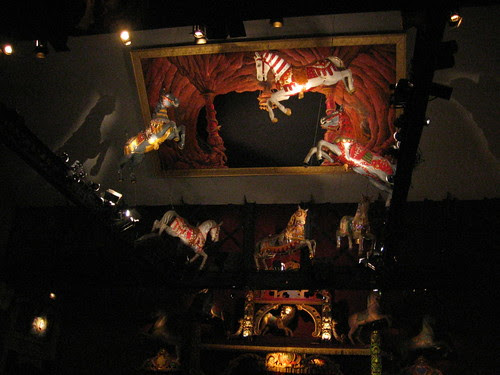 The space is large (several "pavillons" which I assume were also warehouses), with objects hanging from the ceiling and theatrically spot-lit. Our guide started out by concentrating on the art involved, and parallels with what was going on in society at large at the time. With the children getting fractious, he rapidly moved on to the fairground organs and what not only the children had really come for - a chance to try the carousels and games, including a rare bicycle carousel and a café waiters' race, and finishing with a Venetian scene:


The tour took two hours, with other strange and interesting things to see outside as well: definitely a highlight of this trip, and all the more so for being so unexpected. Finally crossing the swooping Passerelle Simone de Beauvoir, what should I see on the (really rather excessive) steps of the Bibliothèque Mitterrand than a candidate for Claude's photographer hunt: 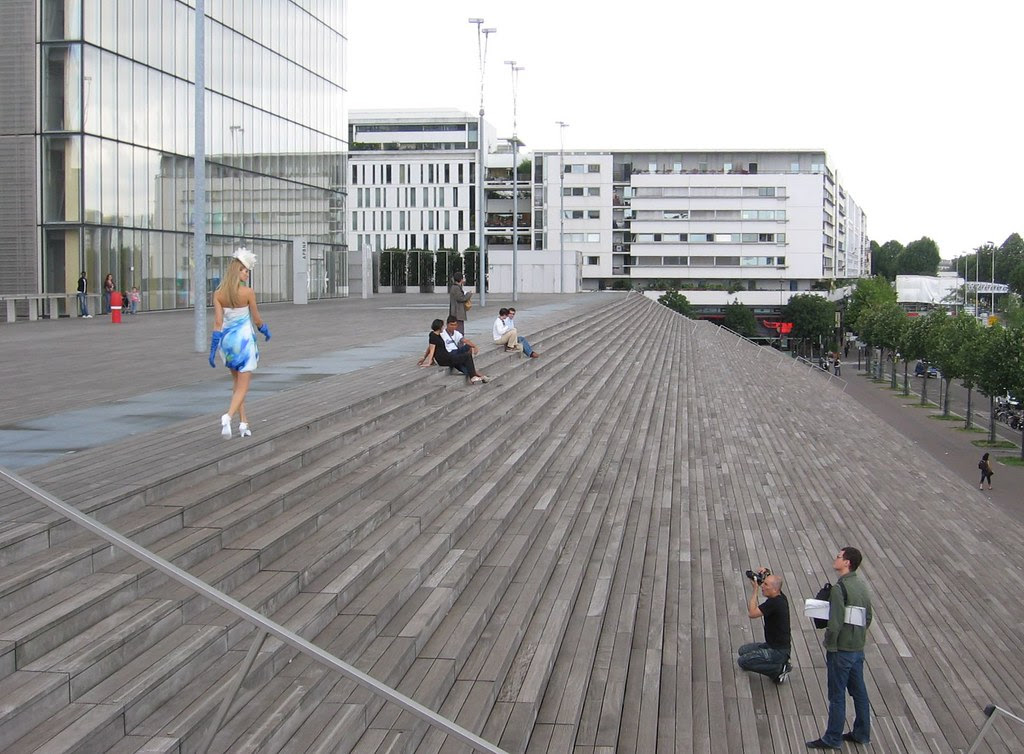