We danced in honey and sea salt sprinkled laxative

Street art in Shoreditch is as strange as ever (click to enlarge): 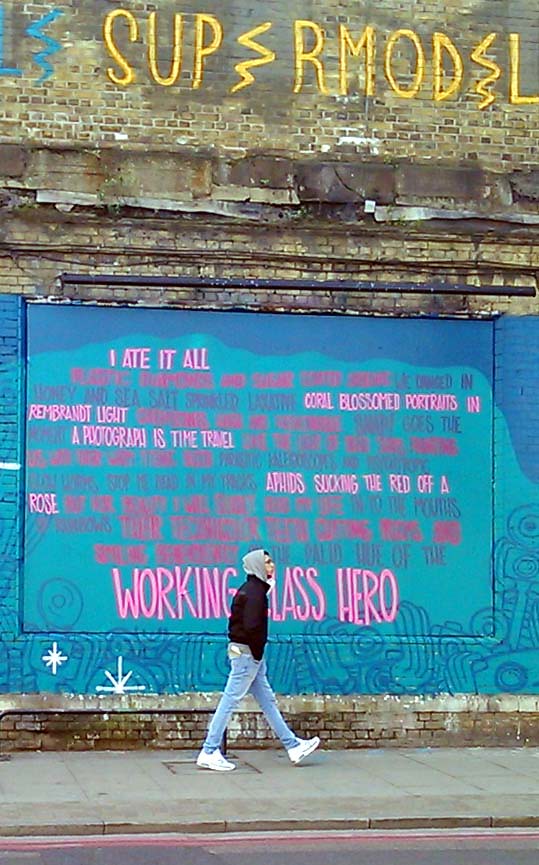 Well, that's another of life's less risky adventures de-mystified. They'll want to do it again in a few months' time. Better take care of my heart in the meantime, I suppose.
Posted by Autolycus at 08:47 No comments: