Enterprise deserves encouragement, and interest was obviously still slow to build, so I bought in. The artist drawing this little picture, after asking for a title for it, explained it as one part of a larger gridded picture, to which he would eventually attach a poem or story made out of the titles for each of the grid's squares (more maps, in a way). It would all be part of - well, a project that isn't mine to share with the internet, just yet, but one that anyone would wish him well in.
Posted by Autolycus at 09:00 No comments:

And who else should unveil a big blue cock than Our Beloved Mayor™? Had it been his predecessor, it would, no doubt, have had to be a little red rooster.
Posted by Autolycus at 12:30 No comments:

Seen from my window 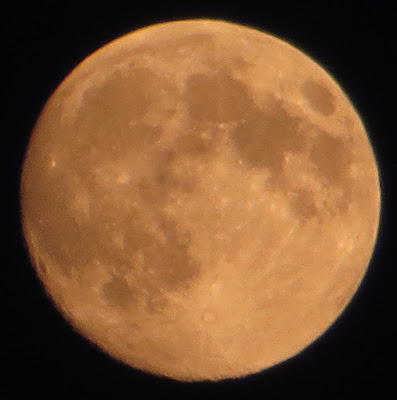 Posted by Autolycus at 22:03 No comments:

I thought my teeth were beginning to look a bit equine. The seeming glee with which the dentist talked me through the X-ray images (enlarged to alarming size) only confirmed just how far my gums have receded; and then she pointed out where I needed a filling - for the first time in 30-odd years. Decrepitude advances. Soup for lunch, I think.
Posted by Autolycus at 10:34 No comments: 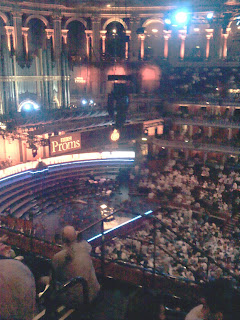 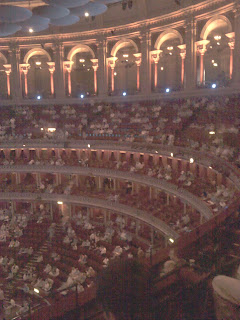 Posted by Autolycus at 10:56 No comments:

Posted by Autolycus at 00:01 No comments:

Where previous year's Serpentine Pavilions drew the visitor in (to a monastic cloister) and down (to a cork-lined re-creation of previous Pavilions' foundations), this year's tempts you up into its cloud of white-painted metal tubing.

It's not quite the gigantic playground climbing-frame that it appears to be, but there are seemingly random armoured-glass steps to various vantage points, to sit, or to gaze through the maze of struts and plexiglass rain-guards on the posh coffee-stand beneath, or to get your bearings by looking at the Serpentine Gallery itself. To avoid too much health-and-safety confusion, it is fairly clear where there is solid support and where are the gaps that you can't actually step on by accident.

The artspeak intention is to create "an architectural landscape: a transparent terrain that encourages people to interact with and explore the site in diverse ways."

In fine weather, it certainly makes for an airy experience, and different visitors found their own ways of amusing themselves with it.

Posted by Autolycus at 07:00 No comments:

In St. Anne's Gardens, in Wardour St (one of those churchyards now laid out as a small park), there are memorials to two characters who couldn't be more different.

On the one hand, William Hazlitt, a serious-minded essayist and man of letters, who (according to the imposing modern memorial tablet)


lived to see his deepest wishes gratified as he has expressed them in his Essay on the Fear of Death, viz.
'To see the downfall of the Bourbons and some prospect of good to mankind' (Charles X was driven from France 29th July 1830)
'To leave some sterling work to the world' (He lived to complete his life of Napoleon)


and so it continues with similar solemnity, concluding "He lived and died the unconquered Champion of Truth, Liberty and Humanity".

But on the other hand there is a plaque to Theodore, King of Corsica, who seems to have lived up to Soho's more familiar raffish reputation. He died some 40 years before Hazlitt's birth


immediately after leaving the Kings Bench Prison by the benefit of the Act of Insolvency in consequence of which he registered his Kingdom of Corsica for the use of his creditors.

You might think this indicates some eighteenth-century con-man of the kind that even cons himself, but apparently not. He was a German soldier of fortune who persuaded a band of Corsican rebels against Genoese control that he could lead their battles and free them - if they would make him their king, which they duly did. The enterprise didn't last for more than a few months, despite repeated subsequent attempts on his part to regain control of the island from the French and the Genoese; ultimately, the debtors' prison and death caught up with him. The bereft Corsicans went on to create their own republic, before discovering the Genoese had sold them to the French monarchy (and later that their French fellow-revolutionaries considered republicanism an even greater reason for considering them part of France, which led some Corsicans to support a British protectorate with George III as nominal King - whether anyone in Britain thought that might get Theodore's debts repaid, I have no idea).

Theodore, meanwhile, became the hero of an opera.
Posted by Autolycus at 08:00 1 comment:

Puerile, but I couldn't resist

I wonder how many English-speaking guests get to stay here?
Posted by Autolycus at 10:50 No comments:

Still ploughing through the last bits of Saturday's multi-supplement newspaper (I bought it, so I owe it to myself to get my money's worth), it occurs to me - once print newspapers have become whatever they're going to be as the internet develops, how different will the reading experience be?

When it takes a bit of effort to work out the logic of how the stories are organised on a website or an app, and seeing only a fairly truncated part of any one story at any one time, what happens to the compulsion to try to take it all in? How involved can you feel when there are an unlimited number of (often moronic) comments to plough through?

I can't say I've compared any one print edition with the internet equivalent, but the latter certainly feels like thinner, less engaging, gruel. And it's no good for any of the things waste paper can be used for.
Posted by Autolycus at 00:01 No comments:

Posted by Autolycus at 15:42 No comments:

Your eye might be drawn to the distant view, and wonder how on earth they manage to cut and stack hay on what looks like a near vertical surface, but soon your attention shifts to what they're making hay from, and what a quantity of meadow flowers there are.
(Click on a photo for a full-size view)

Further up the mountains, the panoramas become wider, but the flowers contrastingly smaller (even up on the glacier there were a few tiny tufts of pink in sheltered crevices in the exposed rock).
However small they are, though, the intensity of colour draws the eye (and, no doubt, more importantly the pollinating insects).

Posted by Autolycus at 10:43 No comments: