How quickly one forgets. Months and months of first focussing, and then trying not to, on a persistent sciatica, both of which made it a first consideration most of the time - and now that all those stretching exercises and tentative experiments on exercise bikes and in the swimming pool have finally worked, it's as though it never was. Well, almost.

But at last there's a bit of mental energy and willpower to spare, so it's back to digitising old photos (nearly up to, ooh, about twenty years ago). Here are some from Scotland in 1997:

From the top of Ben Nevis, looking down Loch Linnhe to the sea: 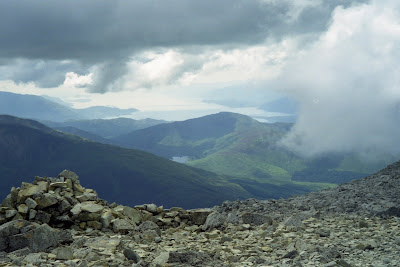 The Ring of Brodgar on Orkney: 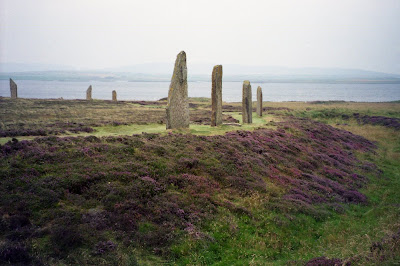 Somewhere near Durness, along the northern coast of Scotland: 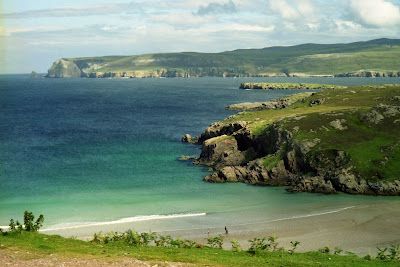 And the obligatory hairy coos: 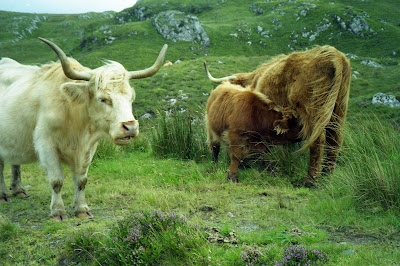