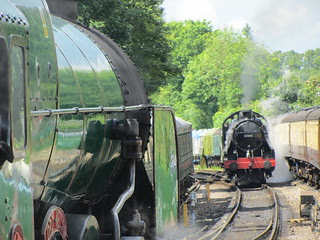 A rare fine day invites a trip into the country; but on this occasion, rather than walking, a train ride beckoned. After an hour or so gliding sleekly along in the latest air-conditioned comfort, simply changing platforms at Alton in Hampshire takes you back fifty-odd years, to where the heritage steam enthusiasts of the Mid-Hants Railway run the Watercress Line. This is not just a plaything; though there is a faint air of the Titfield Thunderbolt about it, it requires all the serious effort it took to run steam railways; there are several runs most days, stopping at two stations en route to Alresford, where once the local harvest of watercress would have been loaded up for supply to London.

The platform, buildings and signage are kept smartly painted in the style of the late 50s and 60s, with vintage advertising posters to match, but on this occasion, the atmosphere of a further twenty years back was evoked by the arrival of 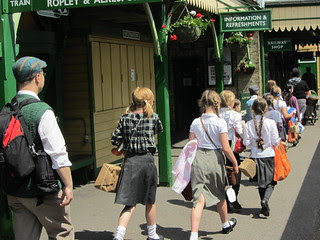 a crocodile of primary school children, all with luggage labels tied on to identify them, apparently re-enacting the wartime evacuation of children from the cities, with a cardboard box to stand in for the gas mask and bags for emergency supplies (including favourite soft toys), and a stern set of instructions from teacher about how to behave on a train.

The carriages themselves were a familiar sight for anyone who used trains at that time, with decades of ineradicable grime around the edges of the windows - windows that open; and there are doors that you open and shut for yourself! 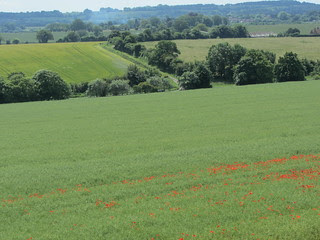 Soon we were off, more of a trundle than a dash, through countryside looking its undramatic best - gently rolling hills and sloping fields, lush woods and the occasional red flash of fieldside poppies. 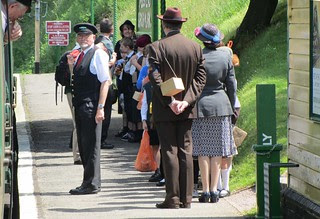 The children were let off at one of the immaculately kept intermediate stations to be met by serious-looking "Receiving Officers" in period clothes, but on rest of us went through banks of daisies and cuttings dripping with ferns to the railway's base at Alresford, 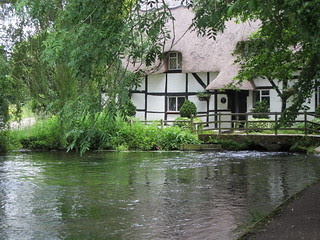 a spruce town with some picturesque houses, a broad market street and a walk along a river whose clarity shows why the area's watercress was so successful. On return to Alton, the next group of visitors was ready to board: indeed, the party for the special cream tea on the final run of the day seemed to be engrossed in tucking well in long before the train pulled out. 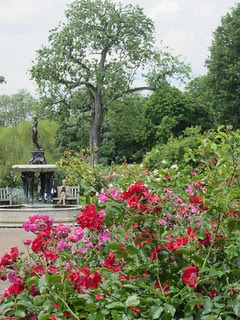 After days of near stir-craziness from watching the rain and finally confronting the unpruned accumulation of memory-hogging clutter on my computer, the opportunity of one sunny day had to be grasped.

So it was out with the bike for a ride through town and through Hyde Park (the rose garden looking a little battered from the weather) to see this year's Serpentine Pavilion, 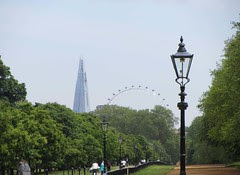 noting en route just how far away one can see London's newest landmarks.

Last year's pavilion was like a quiet monastic cloister, hushed, peaceful and isolated from everything but the sky. This year's on the other hand is shielded from the sky by a roof that is a pool of shallow water, but otherwise open all round, and inviting people in. Where last year's enclosed, this year's exposes, since it's been dug out down to the level of previous pavilions' foundations. What look like a random series of levels making a range of sociable spaces for people to sit actually mark the shapes of its predecessors.

The whole thing is surfaced in cork, which the architects' art-speak description praises for its "haptic and olfactory qualities"; I think they mean people like the touch and smell. Certainly it feels warm, comfortable and safe for children to tumble against, and there were plenty of people intrigued by it and taking advantage of the space to eat their lunch, to chat or just to read and ponder. 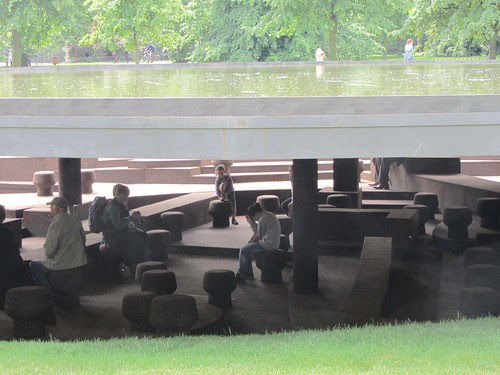 Posted by Autolycus at 13:59 No comments:

Something that caught my eye in today's paper: on the sample list of words that the government expects primary school children to spell properly, are "bruise", "destroy", "ridiculous" and "tyrant": is someone trying to drop a hint to the Secretary of State?

That said, it can only be a good thing if children routinely start learning foreign languages in primary schools (provided, that is, the resources will be there to make it happen properly - don't hold your breath).
Posted by Autolycus at 15:02 No comments: 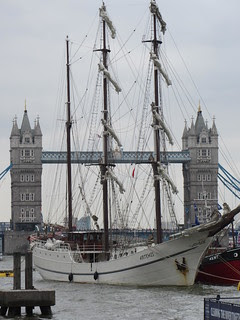 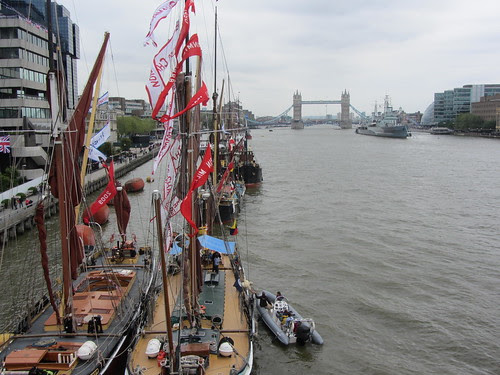 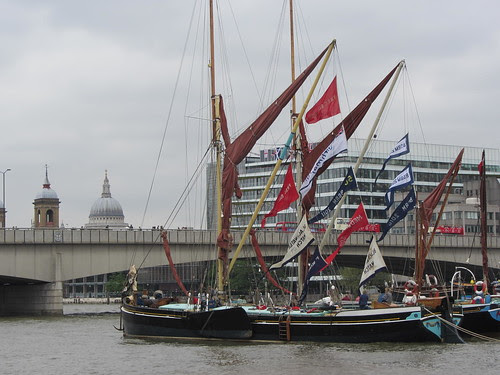 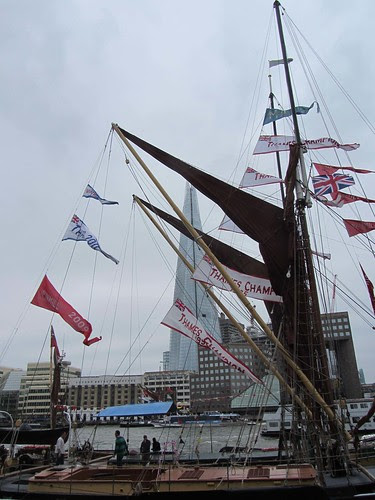 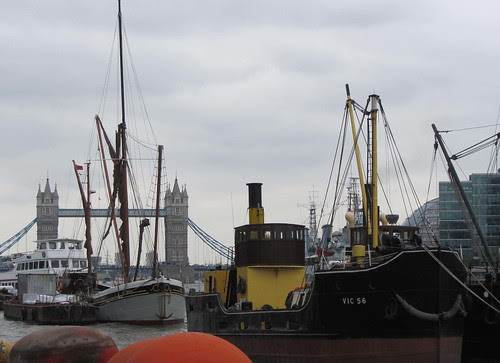