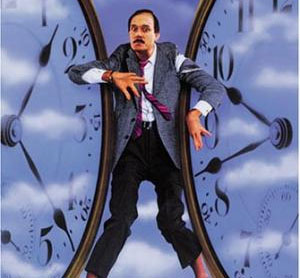 It doesn't take long, and at least it looks as though we've used up another hour of confinement - even though it's the confinement itself that removes the need to keep an eye on any clock for just about anything (other than shop opening hours). It may be called Summer Time, but since it's neither winter nor summer, one can't really call the present limbo hibernation or estivation - primaveration?
Posted by Autolycus at 11:53 4 comments:

Seen in our local bus shelter

I assume someone's home schooling is aimed at being helpful, even if the spelling needs a little work: 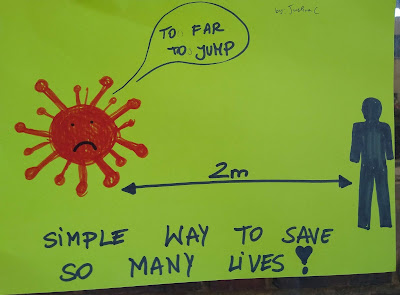 I blame the onions 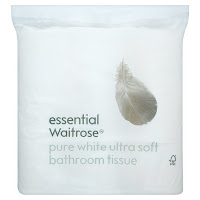 Arriving at the supermarket early last Saturday, luckily just as they were handing out packets of toilet rolls, I managed to get one of the last of that delivery. That meant juggling it with shopping bags and basket, along with the purchases, among them, some onions, which I put in a bag that promptly slipped out of my grasp and rolled under the shelves. In the five seconds or so in which I put everything down to concentrate on fishing them out again, some enterprising soul swiped the loo-rolls from behind my back. In Waitrose, no less.

But if I'm honest, my situation wasn't that desperate (things might be different in a week or so's time), and it was a bit embarrassing that the only size of packet they had was of nine (count 'em) rolls. It's hard to imagine the kind of intestinal apocalypse for which I'd need that many (I was planning how to share with neighbours or the local food bank collection, honest, officer).  That will teach me to have eyes too big for ... something or other.

And it rather revealed that, even though on the whole the distancing advised by the government isn't that far different from the way most of my time is spent (apart from lunches out a few days a week and the occasional pint in a pub), there's a sensation that's more than the ordinary annoyance when something one takes for granted suddenly changes.

Realistically, it's not hard, even now, to change with it, find substitutes for things that aren't on shelves, use up my usual store-cupboard stocks (a good week's worth), or even just do without (heaven knows my parents' generation managed that, and we're a long way off Woolton Pie, after all). But it's surprising how quickly one slips into the naggingly uneasy frame of mind that keeps a spare shopping bag tucked away in case there's something useful that might not be there another time.

In the meantime, there are some onions to use up.
Posted by Autolycus at 12:40 3 comments: