Posted by Autolycus at 22:46 No comments: 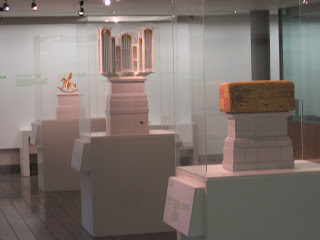 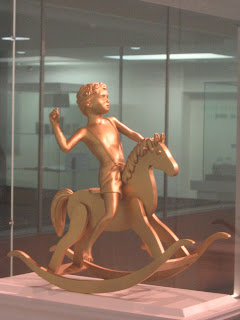 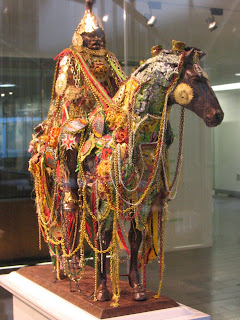 Posted by Autolycus at 07:59 No comments:

Not the most obvious thing one expects to see on the way to the supermarket, but last weekend was the Thames Festival, and there was plenty to see on and along the river, all the way from Tower Bridge to Waterloo Bridge.

Music, entertainments, stalls for arts, crafts and worthy causes (especially related to the river and the environment) were all on tap. I learnt (and immediately forgot) how to distinguish a reef knot from a thief knot, and all about the huge super-sewer tunnel to be built under the river (I thought that was well in hand ages ago, but apparently still not).

The river parade, such as it was, seemed a bit thin, though no doubt it would have been more interesting if I'd been near the commentary point. A few siren blasts and a fire boat, and it seemed to be gone. But Tower Bridge obligingly opened for a sailing barge, and later, for no apparent reason, a sturdy-looking launch carried some energetic bellringers down the river, so there was something to see actually on the water.

On land, I wanted to see the Hot Club of Belleville, who do 20s and 30s numbers in Reinhardt/Grappelli style, only with a tuba and a pretty lady violinist who occasionally plays a saw. Also on hand were the London Bulgarian Choir, who got people dancing with them, clog and morris dancing at Hay's Galleria, and hula-hoops and swing dancing outside Tate Modern.

Once again, Southwark Bridge was closed for the Feast on the Bridge. As well as the many and varied food stalls to buy your feast from, there was a rural theme. Somewhat surreally, every lamp-post was decorated with a scarecrow, there was a thatching demonstration and corn-dolly making (or you could make yourself a fruity hat if you preferred), and an irruption from a Romanian band giving out gingerbread men.

Those who needed further refreshment could get a green coconut opened for them to drink the water, and those who needed more excitement could try the helter-skelter with a view of St Paul's.

I'd chosen something more restful: a suitably nautical recital on a Thames sailing barge; but here are some more impressions of the afternoon:

Posted by Autolycus at 11:53 No comments:

As September gathers pace, so does the sequence of public events in London. This year's vintage Proms season draws to its close next weekend, which is also the Thames Festival, with the Feast on the Bridge, then the Open House Weekend, and the Great River Race at the end of the month. I've posted about most of those before: it's hard to find something new to say about them (though I have found something unusual to do connected with the Thames Festival - watch this space!).

So too with last Sunday's Skyride (what used to be called the London Freewheel and now thoroughly Murdoch-branded, boo! hiss!). I was riding into town that way anyway, and thought I might as well tag along, though not expecting to see anything to add to the last time I posted about it, I'd forgotten to take my camera. As it happens, at least at the time I was riding, there seemed to be thousands more cyclists than in previous years.

Along Tower Hill, there was a striking contrast of future and past. On one side, an almost solid jam of cyclists waited patiently for the chance to inch forward towards the Embankment. On the other, complete with band and banners flying, the British Legion and Merchant Navy Association marched in the opposite direction to the Merchant Navy Memorial for a commemoration.
Posted by Autolycus at 18:25 No comments:

Shopping with a difference

One of the incidental pleasures of travelling abroad is the - sometimes indefinable - differences in quite mundane aspects of daily life, such as shopping. In the Netherlands, HEMA strikes me as much more stylish for a cheap-and-cheerful household store than its erstwhile UK equivalent (which may be one of the reasons why Woolworth's went out of business).

As witness their online shop:

http://producten.hema.nl/
Posted by Autolycus at 19:44 No comments: