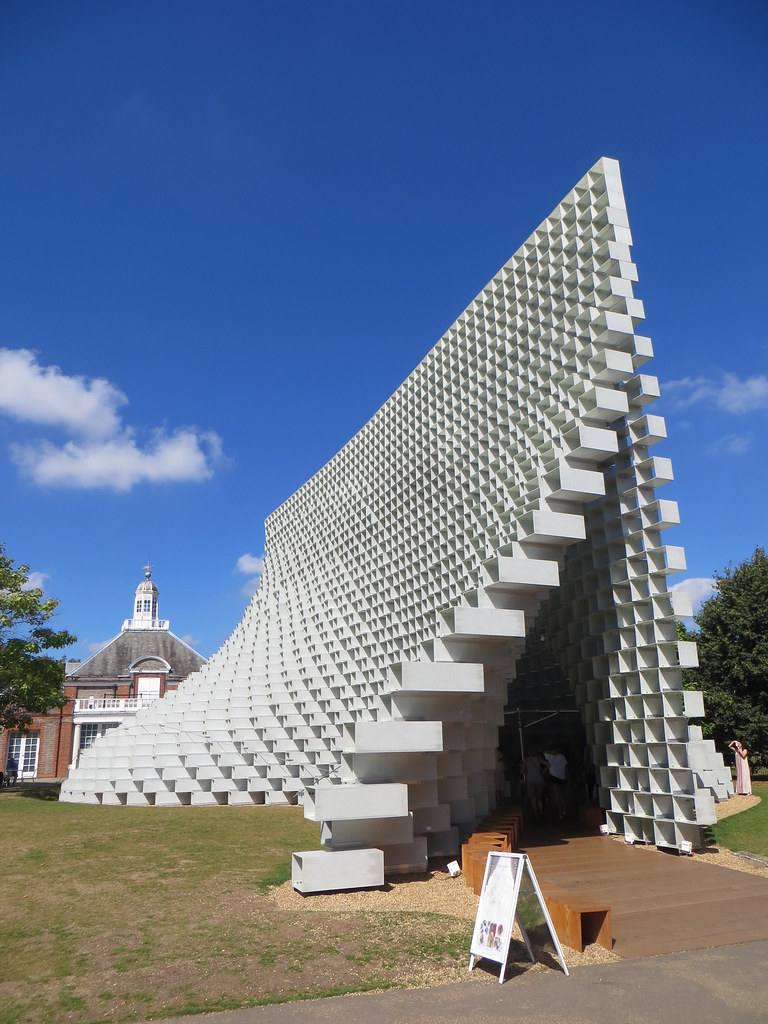 This seeming cleft in a cliff is actually the entrance to this year's Serpentine Pavilion, the annual temporary architectual experiment and café at the Serpentine Gallery in Hyde Park.

It's something to aim for as the object of a long bike ride across town, all the easier now they've finished the dedicated "cycle superhighway" along the Embankment (all Dutch-style separated roadspace and dedicated traffic light phases). Seen from other angles, the Pavilion is not so much of a dark cavern. Since it's made of open fibreglass boxes, presumably quite light and easy to bolt together quickly, it's light and airy inside: though the breeziness might lose its charm on other sorts of summer day.

In the past, the pavilion has been a throwback to the 70s in style,  a cloister hidden by a dark corridor, and a cork-lined hobbit-hole, among others; the last one I went to see was a Meccano puzzle, which like this year's almost invited exploratory climbing. 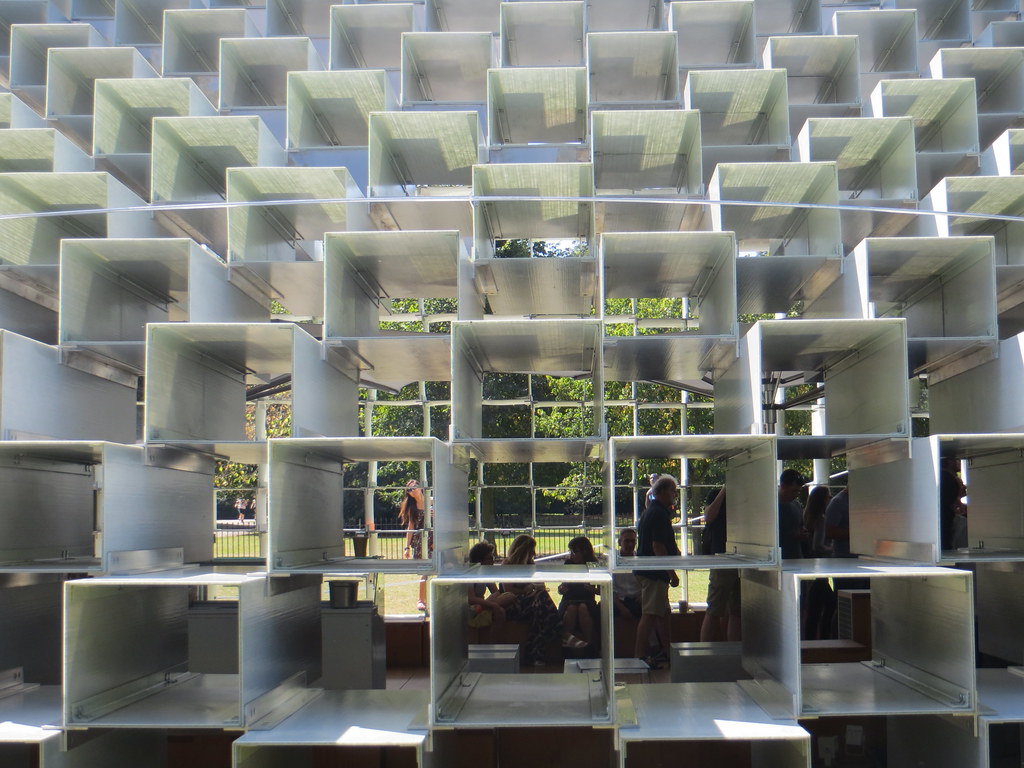 But these fibreglass boxes presumably don't sustain much additional weight, or more likely the potential for a painful tumble is too great, because there were attendants posted to warn off any adventurous toddlers (of any age).

And there were some things worth seeing on the ride there, too: Posted by Autolycus at 10:32 No comments:

Cycling along the Regent's Canal, one gets used to the narrowboats moored alongside, and they seem to be more numerous than ever this summer. Mostly they look almost as purely functional as they did in their cargo-carrying heyday, even if their interiors might be well and truly spruced up as mobile homes with all mod. con. Some are clearly only being used as temporary, rough-and-ready or even downright scruffy boltholes for the knit-your-own-bicycle artistic set. I've seen the odd mobile café and bookshop as well.

They all look ready to move, as indeed they mostly must: "home moorings" aren't that common and are expensively over-subscribed, and only a maximum stay of 14 days is allowed anywhere else. 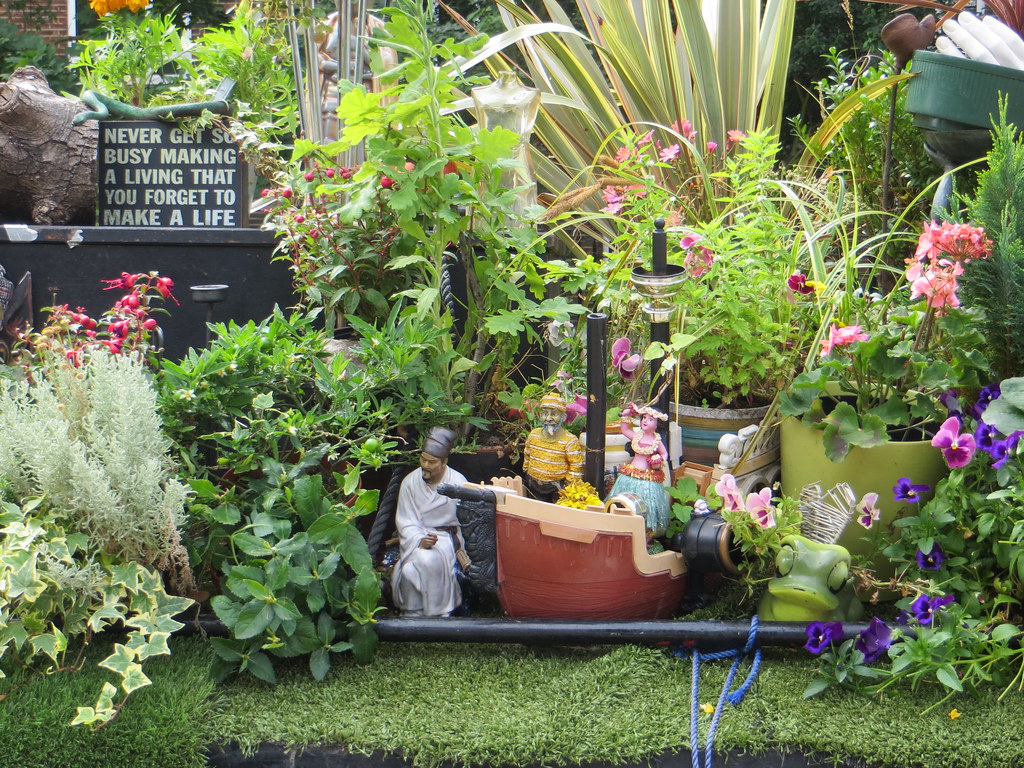 But then one day there was this - a complete garden occuping every square inch of roof and the minimal decking. Not, you might think, the most easily moved. Canals may not be prone to massive waves and washes, with a maximum permitted speed of 4mph, but it would only take a small bump in a lock or a sharpish turn to topple over a few pots and statuettes.

Nevertheless, a few days later, it had gone, or at least, none of the boats on view had anything like this degree of decoration. If they put all this lot inside, there wouldn't be much room for anything or anyone else: so where did it all go?

Signs of the times

Seen along the cycle path into town today:

Something to look forward to

This trailer on TV reminds me of the kind of notice that used to appear occasionally at my school: "Tuesday will be Wednesday ALL DAY". It all made sense in context, but stand back and it's decidedly peculiar.