Someone at our local arty bar must have been a bit bored... 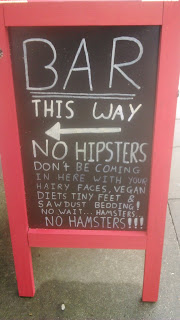 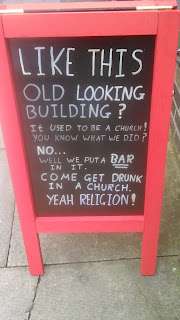 ..but not yet quite hooray.

For some time I've been annoyed by sciatica, and for longer than if I'd been a bit more systematic about professional advice. Now that I have, the NHS has ruled out all the potential slippery slopes into really nasty infirmities (in less than a month, three GP consultations, blood tests, X-rays and a check with a vascular specialist - perhaps London may be a little better provided for than elsewhere in the country), and the various exercises and so forth are starting to loosen things up a little. At last the slightly more comic (though perhaps no less annoying) side of it comes to the fore. It's long been a commonplace that once you reach about 50, it is the law that you can't bend down and pick something up without a satisfying "oof!". But that's nothing compared with the variety of flinching, wincing, huffing, puffing, moaning, groaning, gurning and even occasional yelping that comes with a sore hip and an inflamed sciatic nerve: and what's even odder, is that all this is wasted on the desert air, since it's hardly the done thing in company. A pained smile, in moderation, is about as far as one can reasonably go. Even when the man in the paper shop asks if it's the shrapnel that's giving me trouble.

But at least I'm no longer walking as though I'm about to serve two soups (though it may be a while before I'm ready to gallop). 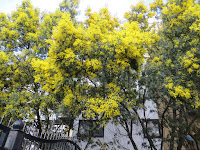 As the poet says, can spring be far behind? Except that winter didn't come this year, and spring seems to be a bit ahead of itself. This local display cheered the eye about this time in 2014; but we've already had this year's - before Christmas.

And Limehouse churchyard's spring show has been in full swing for a week already: 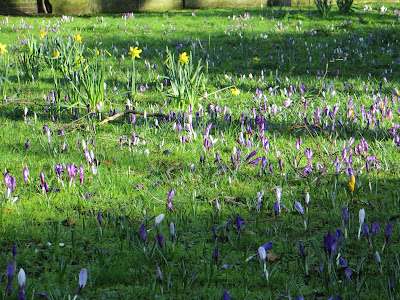 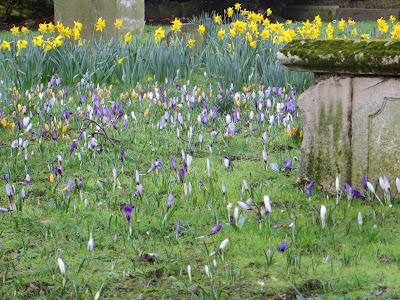 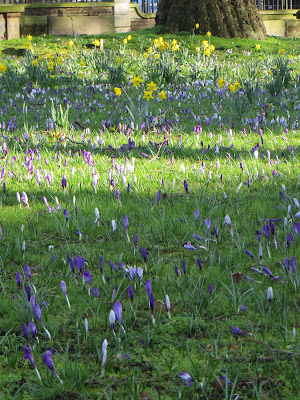 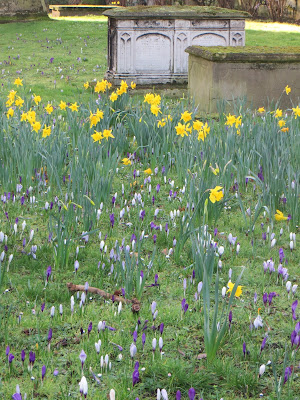 It must have been windier than I thought overnight... 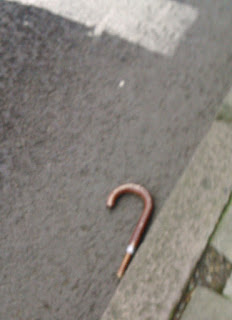 Posted by Autolycus at 18:06 No comments: