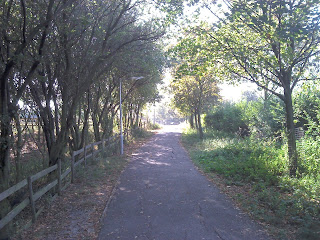 The squirrels are used enough to people to scout around any visitor hopefully: 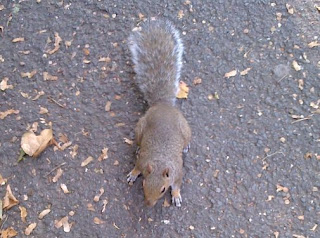 though not as much as this cheeky chappy in Haggerston Park last weekend: 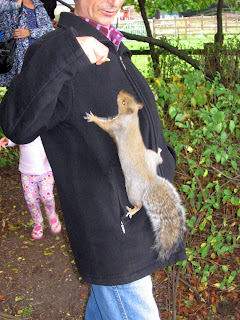 Posted by Autolycus at 12:54 No comments:

Posted by Autolycus at 10:34 No comments:

Or, things that happen by chance. One sunny day last week invited a bike ride, so off I set to the Victoria and Albert Museum (of which more later), through the parks wherever possible - a route that I had quite forgotten goes past the Serpentine Gallery and its pavilion, which had still been building last time I was that way.

A forbidding and closed-looking exterior takes you into a dark and even more depressing corridor, from which there is access to a cloistered garden that might have been there for a thousand, or even two thousand, years (such is its mediaeval, or even Roman, feel), instead of barely few months. This is "Hortus conclusus" by Peter Zumthor. Nothing remarkable about the plants or layout, perhaps, but all the more peaceful a sanctuary for the dramatic contrast of the fact of its enclosure - and of the fact that, like all the previous pavilions, it's purely temporary:

Back to modernity and industry for the visit to the V&A, which was prompted by a news piece about a competition to find a new standard design of electricity pylon. The shortlisted proposals were rather tucked away on a landing upstairs. You might, by the way, think that anything would be better than the great Stalinist robots that currently march across the countryside, but the glumness of the people watching a computer simulation of those that didn't make the shortlist tells you they could be much, much worse. No doubt there are all sorts of technical and cost considerations that outweigh the aesthetic, but I thought the "Y pylon" was a clear winner, for sheer simplicity. You can make your own mind up.

Serendipity might as well be the V&A's alternative title. It was the place to come for surprises on a wet day in the school holidays: you might think you wanted to look at one thing, but it's so easy to take a wrong turning and find yourself moving from stained glass to metalwork to Buddhist sculpture to musical instruments. This time, the pylon competition turned out to be a minor part of the Museum's contribution to London Design Week. On the ground floor is "Power of Making", all about new developments in craft and skill as new technologies and markets develop. Here there were bicycles in mahogany, or nylon, or covered in Swarovski crystals, a surfboard based a cardboard frame, a Polish lace manufacturer's sideline (to its usual Church vestments) in skimpy undies (presumably for a different market), various sorts of wacky furniture and a thought-provoking demonstration of 3D printers. These can create any computer-based design in plastic: as they get cheaper and more sophisticated, how soon will it be before you can have customised designs of whatever you can imagine run up in a local high street printshop?.

After all that, what better than a relaxing new way to contemplate the Raphael Cartoons, courtesy of this installation for Design Week:

Another of life's little embarrassments

What is the world coming to, when you remember the name of your neighbour's dog but not of the neighbour?
Posted by Autolycus at 08:39 No comments:

Mildly narked by the presentational changes to Radio 3 this week, I emailed their Breakfast programme to suggest that reminding us of the news headlines barely fifteen minutes after the half-hourly bulletin was a bit too like the doom-and-gloom of a Radio 4 morning for a predominantly music and arts channel. Within minutes (even before their auto-reply), Petroc Trelawny himself emailed, promising to make sure the producers considered it.

Now, how do we get them to drop the "classical charts" stuff?
Posted by Autolycus at 09:41 No comments:

Reverse psychology - or trying to have it both ways?

The window of the Water Poet pub in Shoredith.

Posted by Autolycus at 08:16 No comments:

Mumblety years ago, on a brief trip to Munich, I heard in the distance some buskers playing a tune that took me in a Proustian rush back to my childhood: my mother sang it going about the house, as I recalled, and I hadn't heard it since. I had no idea what it was, though it was clearly Irish in origin. The buskers had gone by the time I got near them. There was no internet to track it down: nor were there any words I knew to look up anywhere.

Rather more recently, it suddenly appeared again in an old film from the 1950s on the TV one rainy afternoon, but it was only a fragment, gone too quickly to note down any words. But when I signed up to a DVD library, that was one of the titles that went on the reservation list.

And today the DVD turned up; a few words noted, the internet searched, and bingo: "The Gentle Maiden", a traditional tune to which sentimental words were added in Edwardian times, and an even more soupily sentimental recording made by John McCormack. That's probably where my mother got it from, and no doubt it's well known to those who knew it all along. Since McCormack's style doesn't appeal to everyone these days (and certainly not to me), here's a purely instrumental version:

Posted by Autolycus at 15:57 No comments: 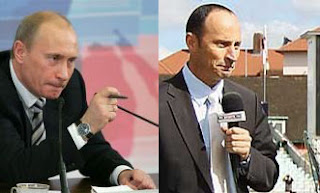 *For non-fans: commentator and former England cricket captain. Cricket fans can make up their own jokes about shadowy oligarchs.
Posted by Autolycus at 19:03 No comments:

If only it were that simple.... 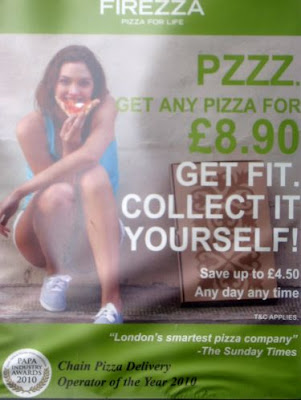 Posted by Autolycus at 22:19 No comments:

I know it's an advertising stunt for the new release of Firefox, but ingenious. Though I have to say I don't really recognise "mine": it looks much more tidy than I'd ever thought myself. And what's with the pincushion and knitting needles? 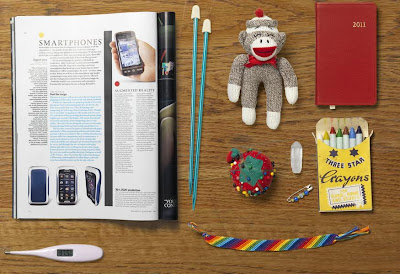 Posted by Autolycus at 22:00 No comments: