Part of this year's hoopla to mark the 800th anniversary of Magna Carta (special stamps, ceremonies and so on) is an exhibition at the British Library. Magna Carta: Law, Liberty, Legacy brings together documents and artefacts to explain the background to that first Charter, and explore the way the idea, as much as the reality, of it inspired later concepts of liberty and rights that the barons who forced King John to it could never have conceived of.  It's a narrower and perhaps shallower focus than the Taking Liberties exhibition a few years ago, but still an interesting corrective to so many received ideas of how it all happened and what the Charter actually said and did.

Visiting the copy at Salisbury Cathedral a few years ago, I got into conversation with an American visitor who was earnestly trying to find where it guaranteed the right to bear arms, which of course it didn't. Since it was mainly about protecting the property rights of the already powerful against arbitrary fundraising by the king, its appeal to the Parliamentarians at the start of the Civil War is fairly obvious - an initially conservative response to what's perceived to be unduly radical change imposed from the top, as later in America.

Now we have a Conservative government claiming it needs to protect Magna Carta from the current Human Rights Act, though quite how whatever they claim as faults in the Act fall foul of the few remaining parts of the Charter in legal force, is hard to see. So the Charter's legend moves to a level even further from its historical origins.
Posted by Autolycus at 21:02 2 comments: 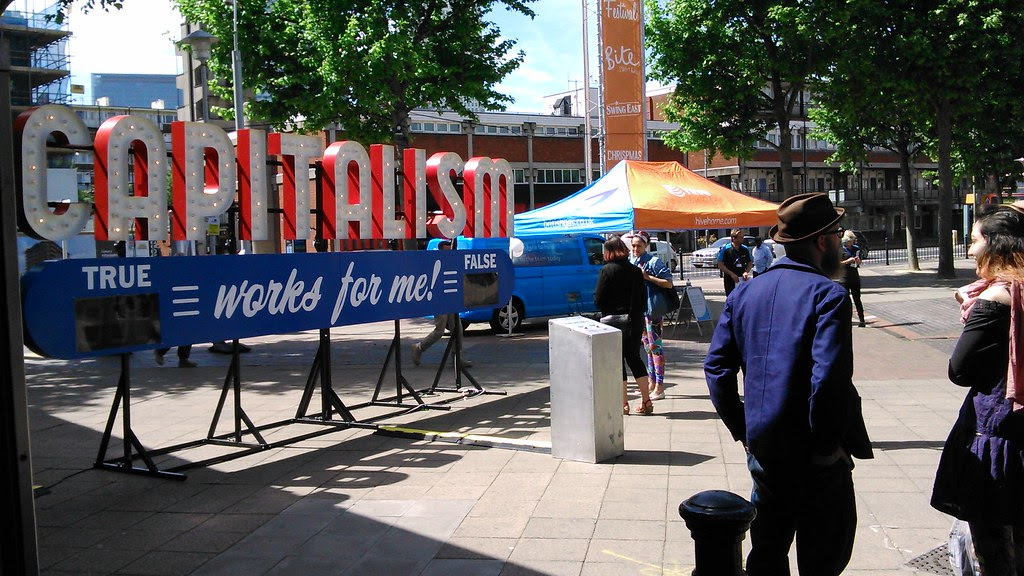 (PS: The obvious answer is that for someone of my age, capitalism worked out quite well, but that's because its ability to amplify human impulses was held in check by proper regulation and good old-fashioned scepticism. Not so much nowadays, for those priced out of the race to build up capital.)
Posted by Autolycus at 06:33 2 comments: 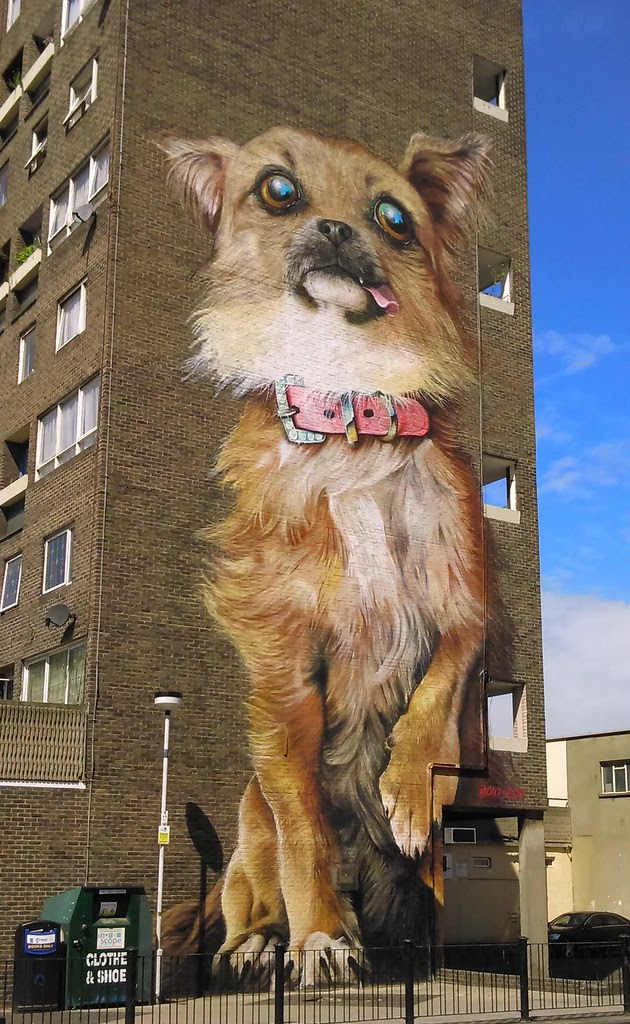 I've never been the greatest fan of the "hairy handbag" sort of dog, and I rather fancy this King Kong sized version (in Chrisp Street Market) could be the stuff of somebody's nightmares.
Posted by Autolycus at 14:18 2 comments: