It's that time of year again. I wonder how long it will be before I see Paris again.
Posted by Autolycus at 06:00 2 comments:

En route to an appointment at the Palace (all right, a visit to the new exhibition at the Queen's Gallery), one doesn't expect this sort of wildlife in Green Park: 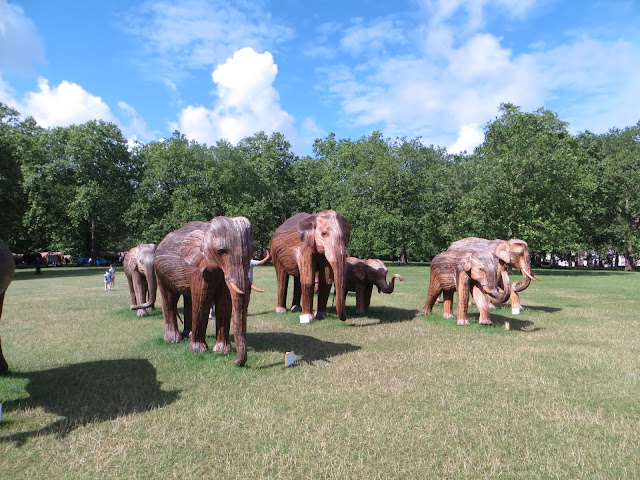 Further on, there was a large herd: 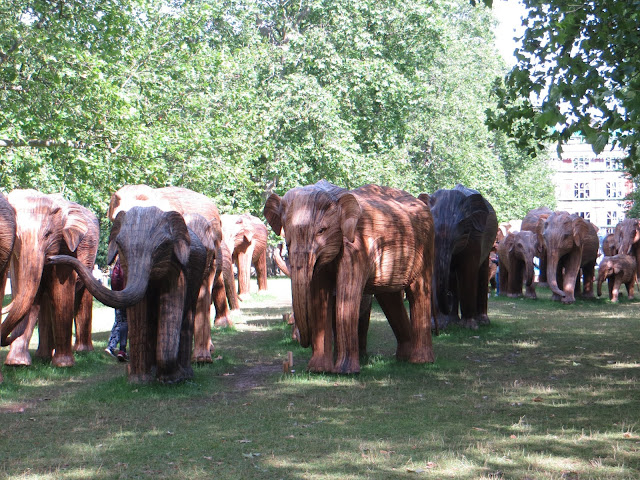 and they appeared to be heading towards the Palace: 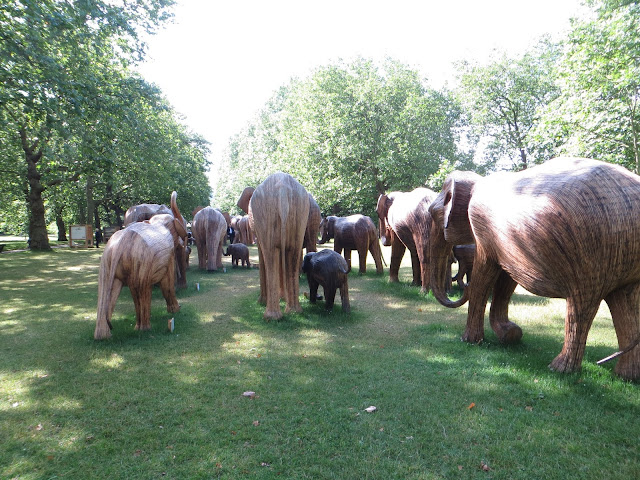 The head of the herd was calling, far far away, so Nellie and her chums plodded on:
It turns out that this is only one of several such herds across London, promoting an elephant conservation charity. Close up, one can see that each has been made of plant stems, an immense amount of skilled craftsmanship.
As indeed was the Queen's Gallery exhibition - paintings usually seen (if you get to visit the State Rooms in the Palace) hung close together in several ranks, as used to be the show-off fashion. Refurbishing the Picture Gallery provided the opportunity to spread them out through three rooms, hung at eye level, and with time-slot admission allowing plenty of space for everyone to spend some time looking at close detail, helped along by the audio guide pointing out various technical details I wouldn't have known to look for.
Posted by Autolycus at 14:53 4 comments: