If you're in the loo of a pub, and someone else in there answers a phone call, is it rude to use the (very noisy) hand dryer?
(Asking for a friend, obvs).
Posted by Autolycus at 16:49 4 comments: 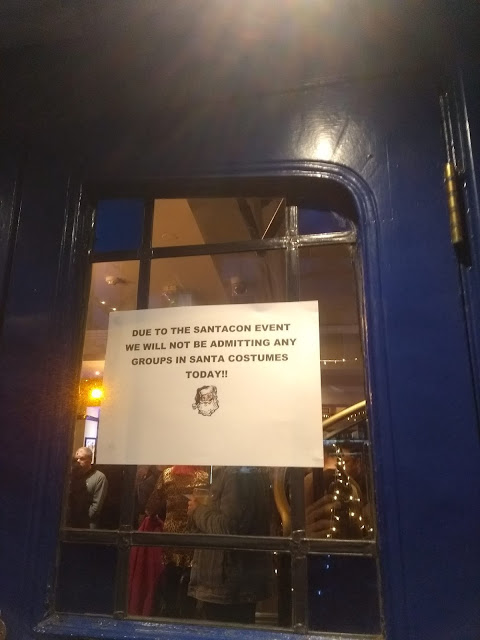 Those election results in full

Ah well. At least I have the paperwork lined up to prove I had a Scottish grandfather. It may not be long before that makes a difference.

In this rushed general election, the campaign(s) on the ground haven't exactly been noticeable around here. It's a fairly large Labour majority in this constituency, and in my neck of the woods, many of us live behind entryphones and some of us in gated-off developments, so even if the parties could get people to come out canvassing on dark, damp winter evenings, you can see why they might not expect to gain much from trying to doorstep people around here. Until yesterday (two days before polling day) I had one leaflet from the Greens early on, and since then nothing. Then the bulk of the one free leaflet delivery by the Royal Mail turned up (and even then, the Liberal Democrat leaflet wasn't there - whether they're gambling on getting to be the last arrival, or just got the set-up wrong somehow, I don't know).

Since I made my mind up quite some time ago and the actual voting means a five-minute (if that) detour on my way to pick up my morning paper( or to the bus stop for my commuting neighbours - the turnout did seem to be quite brisk around 8.30 this morning, with small queues building up), any excitement is safely confined to the TV.

As it happens, of the six candidates here, three are women (Labour, Conservative and -despite  the cover photo of Nigel Garage - the Brexit Party) and three are men (Green, LibDem and the independent). While it's no surprise that the new Labour candidate here is of Bangladeshi heritage and making much of her record as an activist with Momentum, the local Tories have chosen an immigrant from Nigeria, which isn't quite what one would expect from a lot of the national rhetoric. 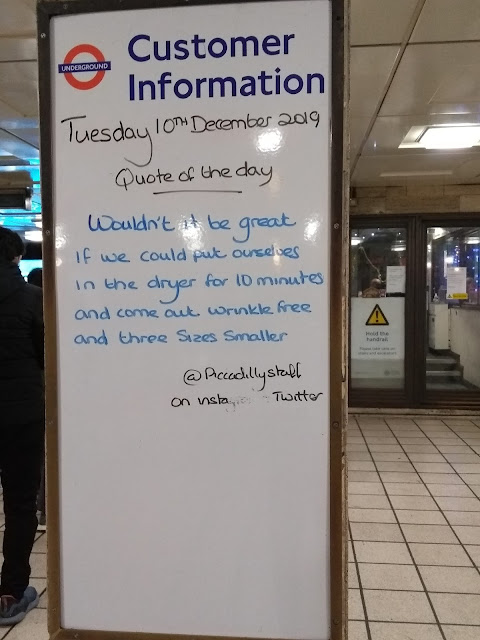