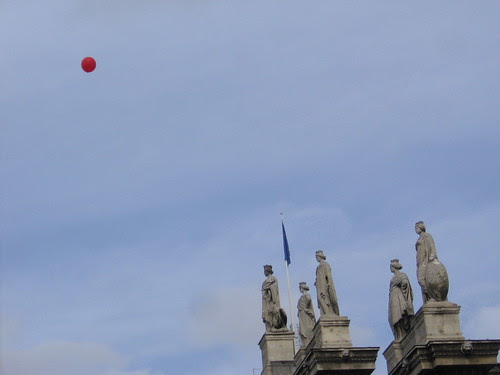 Or not, as the case may be. I noticed this red balloon floating over the Gare du Nord. I think it was tethered, and no doubt advertising something: nothing, I suspect, to do with that soppy old film.

I'd been to pick up some tickets ordered online for a little jaunt next week (no problems there) and had an exasperating 20 minutes or so trying to find, let alone interpret, the timetables for trains to Auvers-sur-Oise (sorry, but that sort of thing is better organised at [cough] Waterloo). Then I had some more exasperation with Vélib.

"Vélib rage" is not an implausible concept. But if I hadn't walked instead, I might not have noticed this shopfront by Métro Louis Blanc: 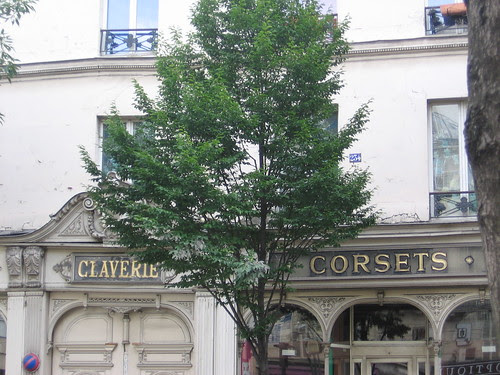 It occurred to me that there's a film scenario in there. You know the sort of thing: for years, the shy, self-contained locksmith yearns for the stiff, unbending corsetière next door, until one day he discovers her secret and the key to her heart (or, depending on the sort of movie you prefer, unlocks her combinations). 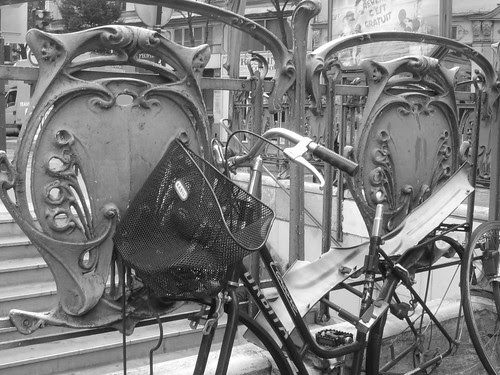 As I walked away from this atmospheric shot, a police van nee-nawed past. I saw it later outside a cheap and nasty-looking hotel, where an agitated woman stood surrounded by police. Eventually she was allowed to disappear into the metro ranting unintelligibly to no-one in particular. I counted them: eight policemen and one policewoman. Guess who was standing around chatting, and who was doing all the work.

After lunch (smoked salmon and melon salad and a beer, €14.50 sitting in the shade outside the Bar Du Marché Des Blancs Manteaux), on via BHV for a stroll along Paris Plage, and a stop to write some postcards. If they used to lay down beach sand, they haven't this year - the road's closed, plenty of beach furniture has been installed and sponsors are providing free loans of books, there are cafés, loos and showers, and this child-pleasing misting machine - but no sand that I could see. 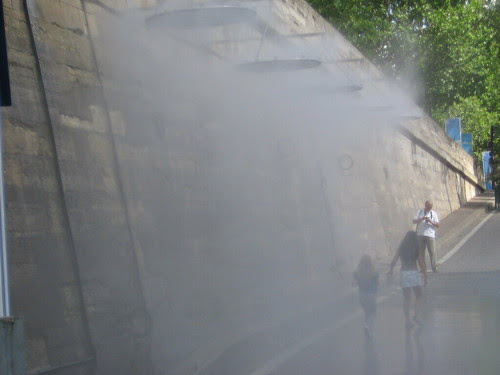 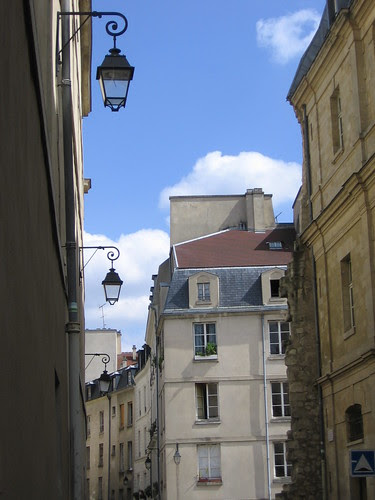 A stroll through St Paul, a cup of tea and I was ready for a bike ride back to the flat. For my 24 hour subscription, I paid €2 for yesterday evening's ride of 34 minutes, two machines were faulty, I gave up on finding one for one trip and took the metro; but I had three free rides, of 24, 22 and 27 minutes, with a couple of waits to find a free docking station to return a machine. For those trips I would probably have taken used up two tickets of a carnet (about another €2), and walked the rest. Overall, a success, despite the rather sweaty weather.
Posted by Autolycus at 11:08