Sunday in the Park

Last Sunday's blazing sun and somewhat discombobulating heat meant only one thing for most people - get out into the open air. 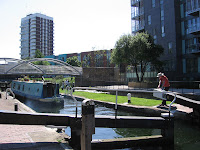 Along the Regent's Canal, narrowboats were working the locks; with the new student residences has come a faint echo of Oxbridge, as the industrial surroundings now frame the sight of nervous people getting used to a punt: 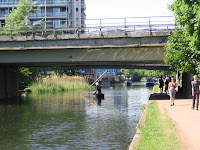 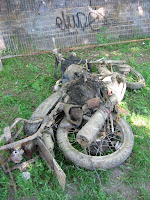 To add to the gentrifying atmosphere, there were people clearing litter from the bushes along the canal; but they would have trouble shifting this evidence of a not uncommon use for London's canals. 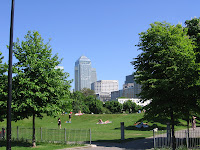 Everywhere, patches of greenery were attracting people to sit and enjoy the long-delayed warmth.

Divided into two by a main road, the Park has a western end with the full complement of elegant iron benches and lamp-standards, and the obligatory lake and fountain: 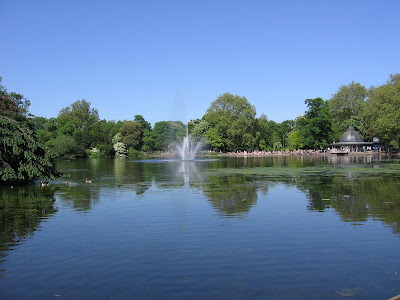 Here the lawns, trees and flowerbeds were almost swamped with people. Picnicking, lazing, reading, setting up volleyball nets and dozens of barbecues, seemingly half of East London was out for a good time in the sun: 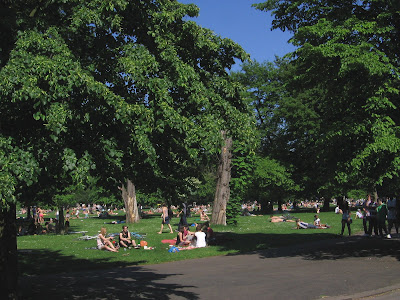 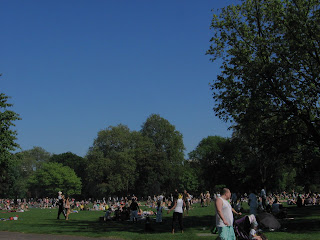 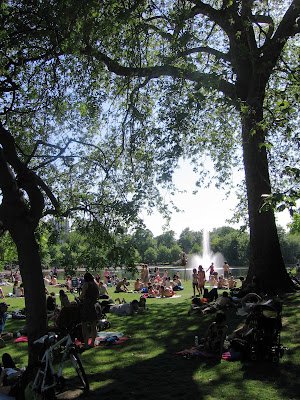 If most of the people had squeezed themselves into the western section, the east seemed less crowded (though no less noisy as most of it's given over to playing fields, and half a dozen matches were in progress). 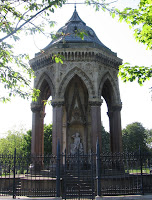 But there was space to move, and to admire a now rather dilapidated memorial to Victorian philanthropy and a couple of recycled shelters from the eighteenth-century version of London Bridge: 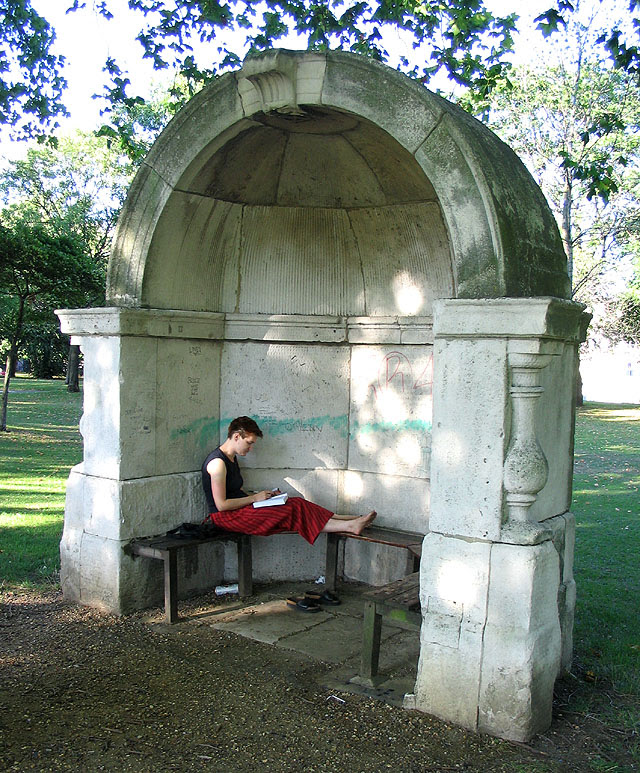 On this side, the Park stretches along the Hertford Union canal to almost within touching distance of the Olympic Park. Come 2012, visitors to the Olympics will have a huge bike park here, and a walk along the Greenway into Olympic Park. The two together will make an eastern "green lung" to match the Royal Parks in the west: something the founders couldn't have dreamed of, but would surely have won their approval.
Posted by Autolycus at 13:21