A cold and drizzly day in Trafalgar Square

.. and what could more appropriate than those great English traditions - Morris dancing and a demonstration about the vote. 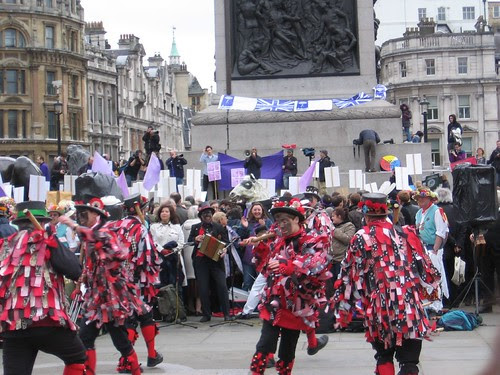 I'm assuming there'd been a double-booking. The Morris dancing was obviously a festival for different teams or groups, or whatever they're called, and the demonstration looked as though it had been rather improvised in the light of the outcome of Thursday's election. Not much had been provided in the way of amplification for the speakers, who were competing with the jaunty jingles from the dancers and their concertina accompaniment, and some of the improvised banners looked a little less than revolutionary (I'm all in favour of the cause, but this was hardly Athens): 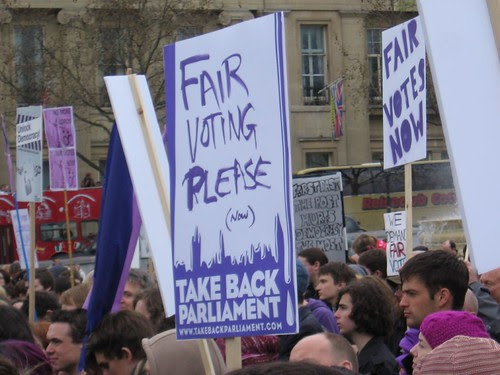 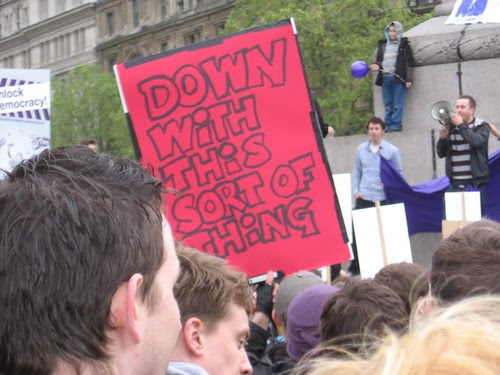 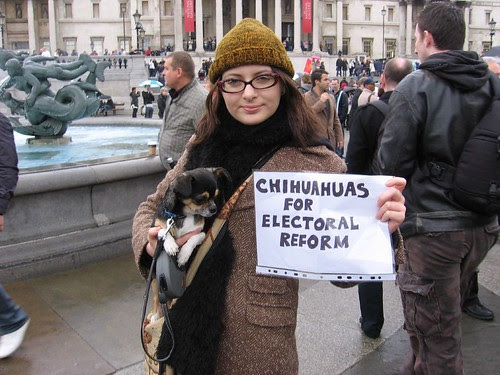