Even traffic jams have their advantages. Finding my usual route off Tower Bridge blocked, I had to explore some different Bermondsey backstreets. 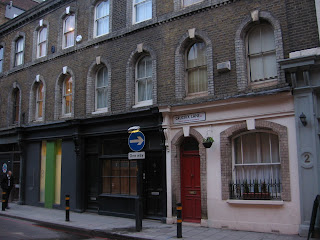 You might think the transition from one name to another justified ponderous musings about historical symbolism, but it seems these are Victorian whimsies - the "crucifix" apparently referring to an old pub sign.

However, layers of history are revealed, if you look.

In the typically grimy and gloomy railway arches in Druid Street, some 50-odd people taking shelter during the Blitz were killed by a direct hit.

Round the corner, in Bermondsey Street, an archway opening into the remains of a cobbled lane suggest the hugger-mugger of a Dickens novel, but the lane points to one of the many postwar public housing estates of the area. 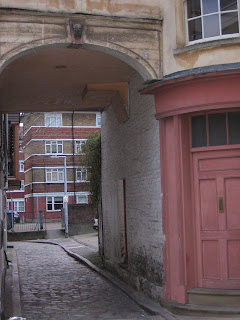 Further on, the romantically named Snowsfields, and Ship and Meadow Row, show different ways, from mid- and late Victorian times, of dealing with the difficulties of life in what was then, and until relatively recently, an area of some poverty. 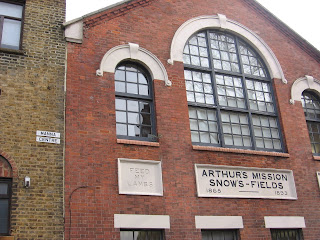 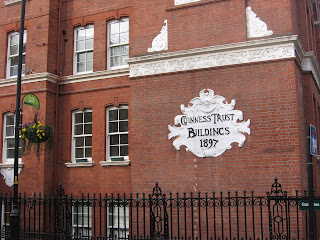 Nowadays, this is the kind of "bourgeois bohemian" area that boasts the Zandra Rhodes Fashion Museum, where young adults zoom to work in some media-related office on shiny children's scooters without a trace of self-consciousness, and even the security grilles have the arty designer's touch: 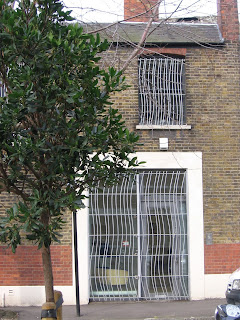