It wouldn't naturally occur to me to decorate a bike. Mine's plain (and rather scuffed now) black, with some fairly prominent police markings for security*. So Sunday's Floral Bicycle Parade at the South Bank seemed an interesting photo-opportunity, if not necessarily something to participate in (it looked like rain anyway).
*(A thought: does having your postcode on your bike advertise to burglars that you're not at home? But I suppose it also suggests a skinflint unlikely to have much at home worth nicking anyway). 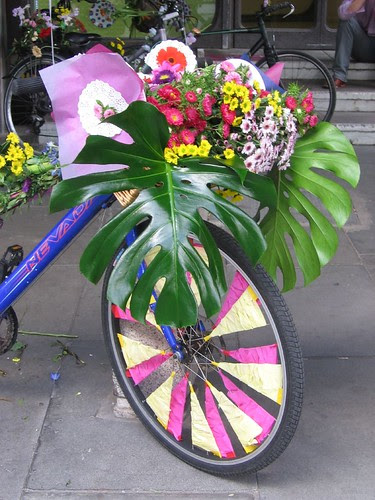 The space underneath the Queen Elizabeth Hall had attracted a fair number of people to pick up flowers, leaves, balloons and other bits and pieces to prettify all kinds of bikes (a tandem, a Borisbike, even an acrobatic loon on two unicycles), to whatever level of extravagance or restraint people chose.

It has to be said that not everyone there seemed that enthralled: but in the end the final Parade made a reasonable show.

The most striking visual effect of the day came from the weather. The on-off showers gave rise to one of the most vivid rainbows I've ever seen and some dramatic sunset skyscapes: 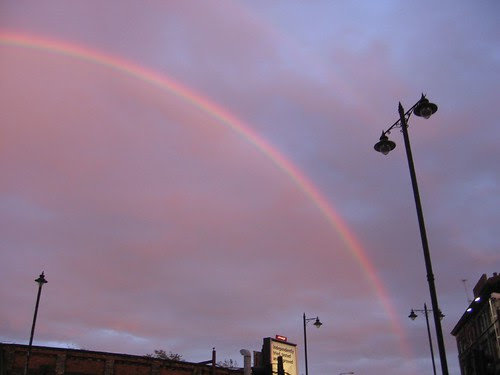 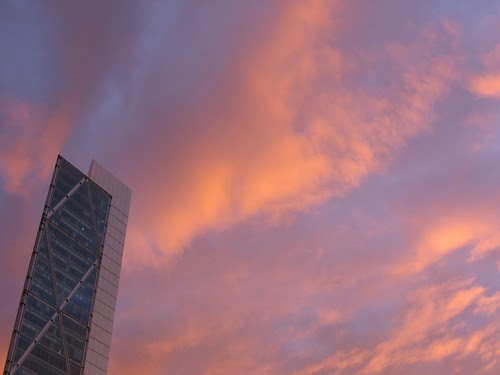 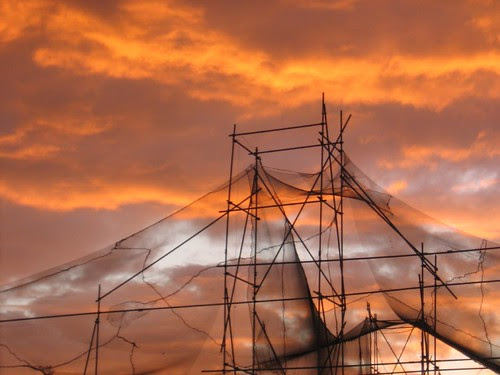