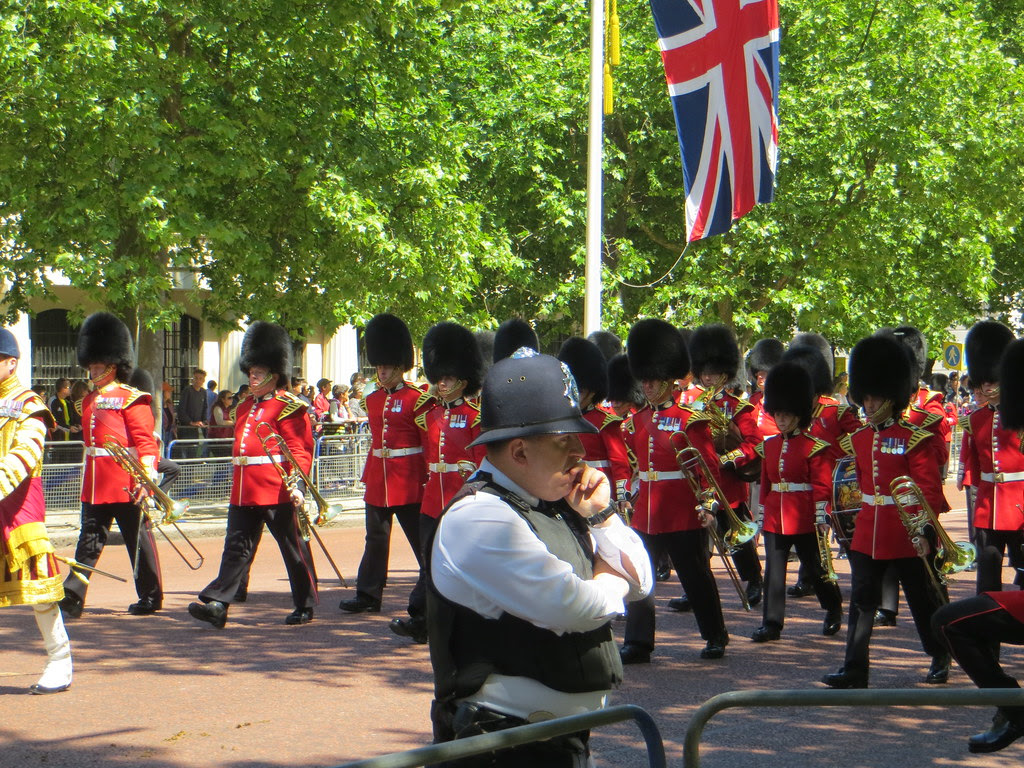 This sceptical-looking copper was keeping an eye on the spectators at the State Opening of Parliament this morning. After all the excitements of the General Election, this was business as usual. Hard to imagine that, if you believed the opinion polls at the time, there was every prospect of alternative claimants to government each having a go at getting a Queen's Speech approved in Parliament (presumably the Palace would have expected them to find a way to sort that out without having to go through two such ceremonies in quick succession, but who knows?). 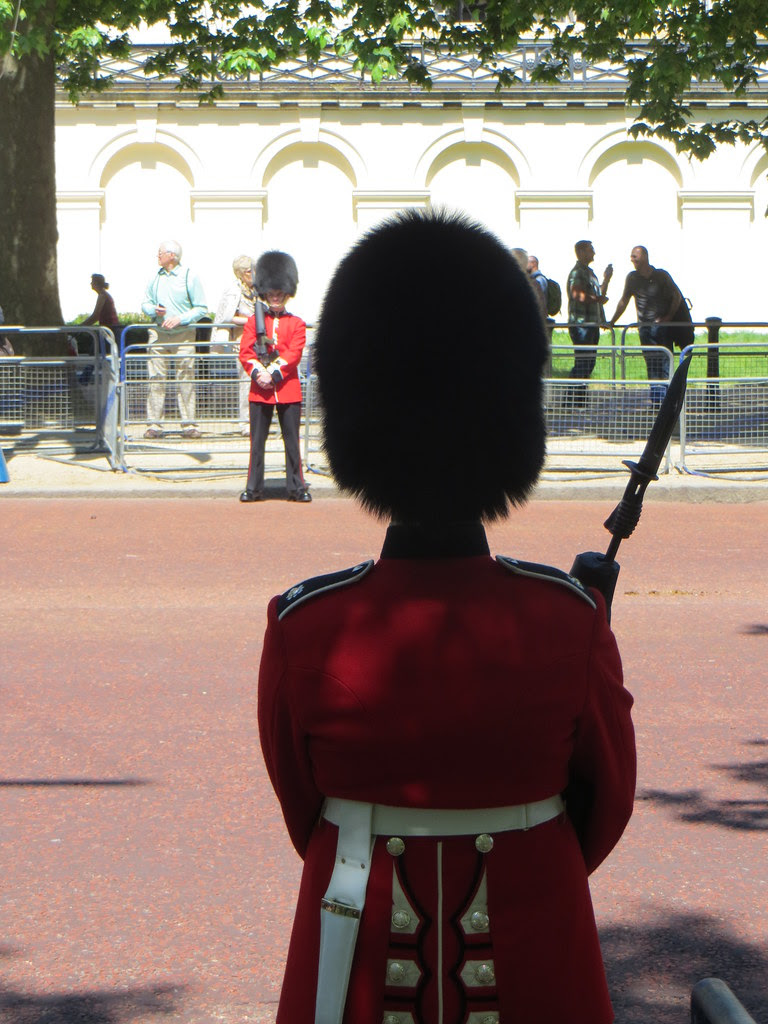 But in the event, the voters decided the issue, and the ceremonial proceeded as usual, from the sergeant-major using his pacing -stick to mark out the exact intervals between the Guardsmen along the route, the band strategically placed not only for salutes, but also to entertain the waiting spectators, squadrons of highly-polished cavalry, coaches and cars of assorted dignitaries and officials (and the Crown Jewels) getting to Westminster in time to make sure everything was in place for the main event, to the brief glimpse of herself trundling past, just at the right moment for the Australian tourist beside me to snatch the perfect photo she never expected to get.

Not to mention the street-sweeping machines bringing up the rear, so that you'd never know even a single horse had been along those streets.