Once round the lighthouse! 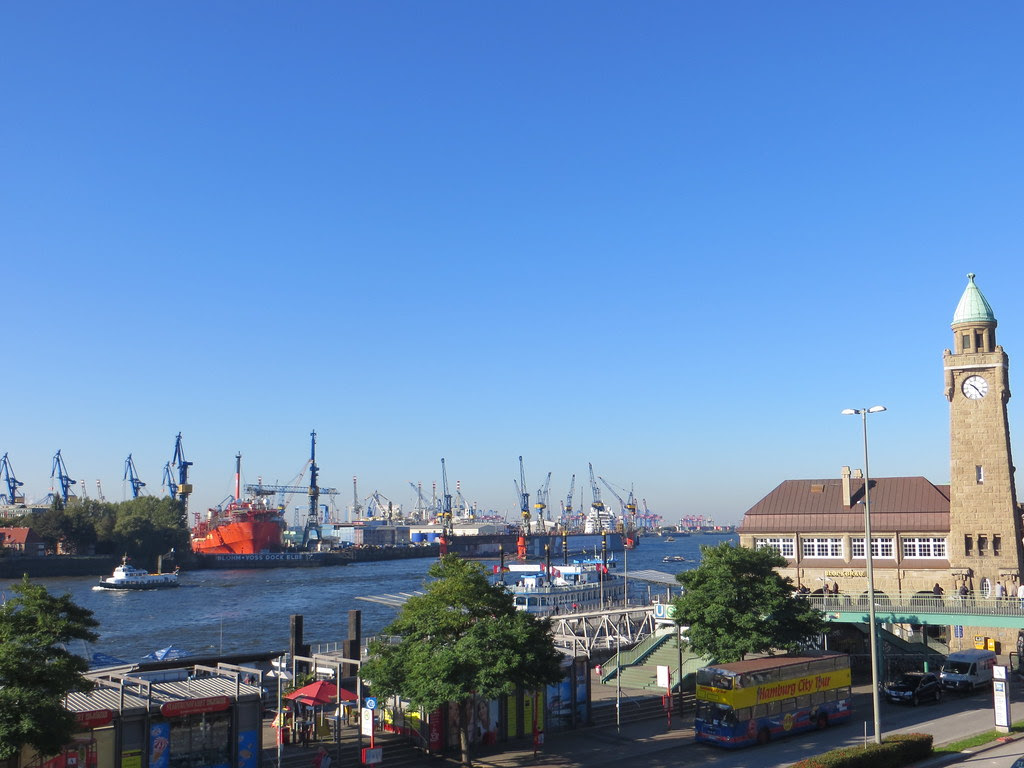 Well, not quite, but there is a great deal of Hamburg harbour and port to be seen, and direct from the city centre. The cheap way to get a tour is to take one of the public service ferries - it won't take into into all the nooks and crannies of the port, but you still see a fair amount).

There's still a visible historical chain of harbour development, from little creeks (or "fleets") running up to what would have been merchants' houses, then to 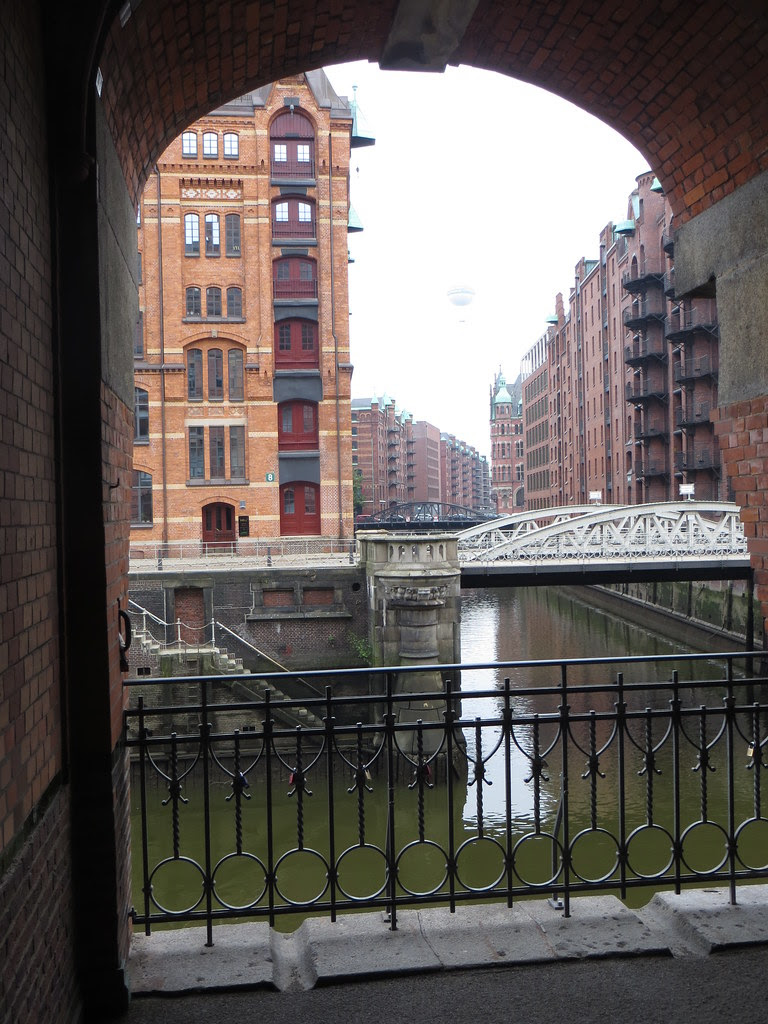 dedicated warehousing and docks (the nineteenth-century versions of which are now offices, flats and a very visible number of oriental carpet shops), these in turn being supplanted by a modern "Harbour City" set of developments, like so many other cities, complete with tourists gliding past on Segway tours. One difference here is that the housing includes plenty to rent, and the "anchor" building is a striking and gigantic new concert-hall, music education centre and public cultural space (complete with wavy roof) 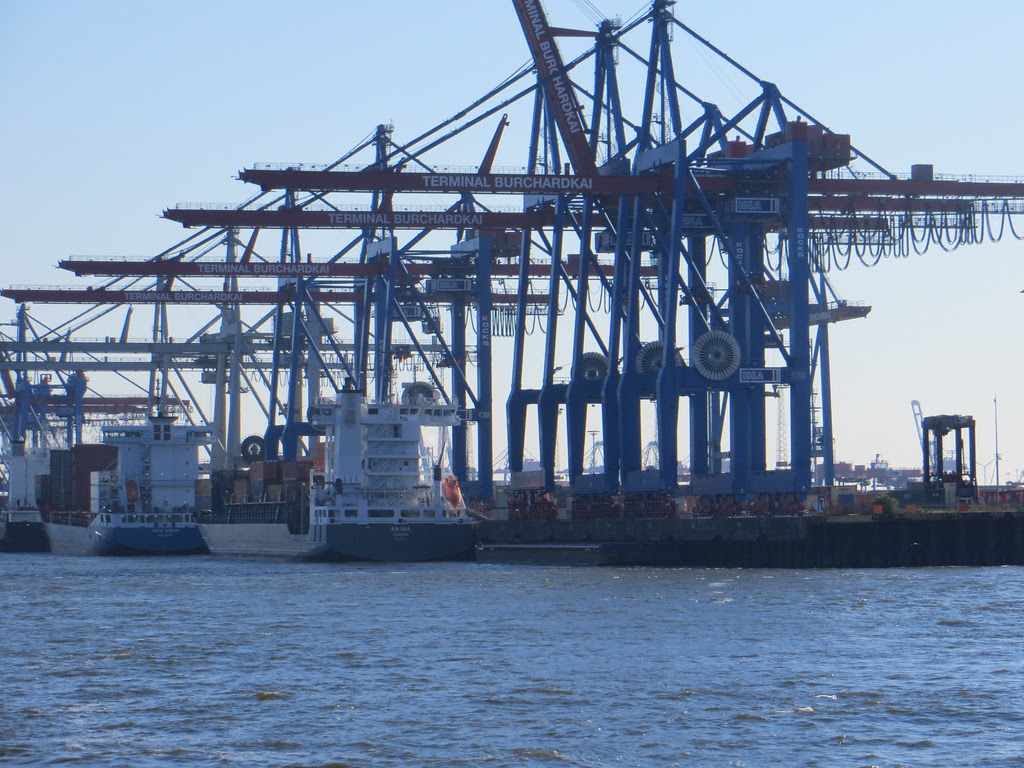 But what is most striking is the expanse of modern dock and port facilities on the other side of the river, with cranes and wind turbines and
other industrial facilities stretching as far as the eye can see. 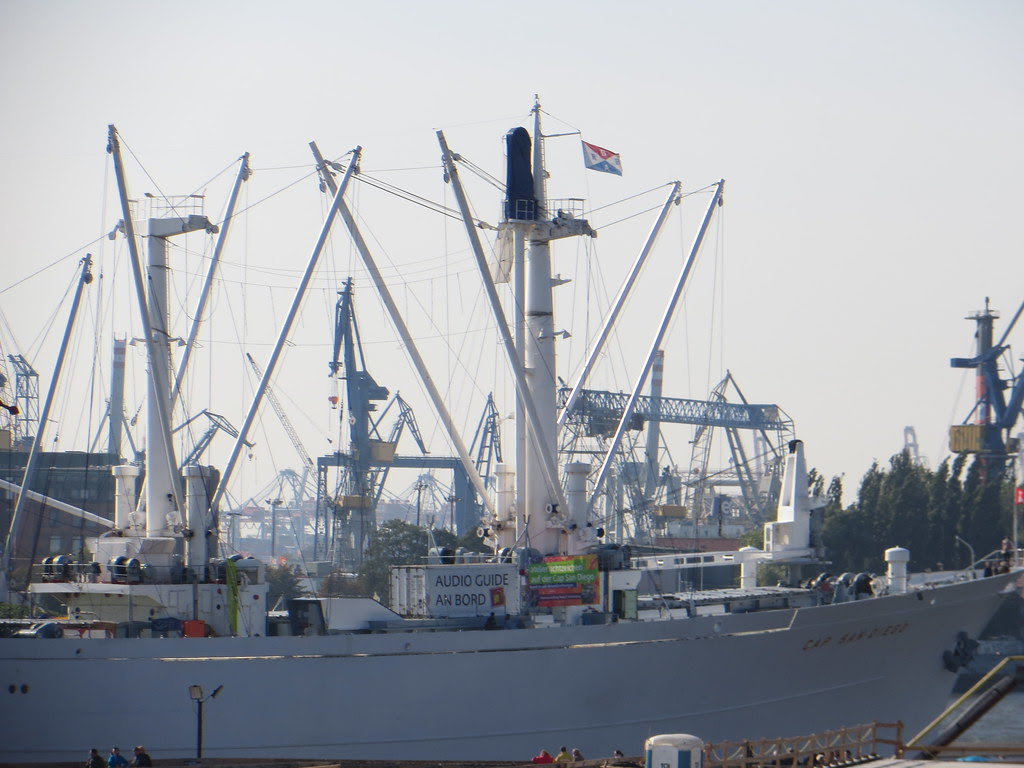 What seemed, on my childhood visit to the Pool of London, to be huge freighters (one last remaining example sits here as a museum and visitor attraction) have now been replaced by bigger and bigger container ships. Where London's docks moved out to the sea to accommodate the new behemoths, in Hamburg it's possible to live in the local millionaires' row, stroll on the beach, admire a museum collection of traditional sailing boats or visit a Soviet-era submarine, while watching a ship with thousands of freight containers on board coming right into the city centre, or some massive cruise ship being refitted on the other side of the river. 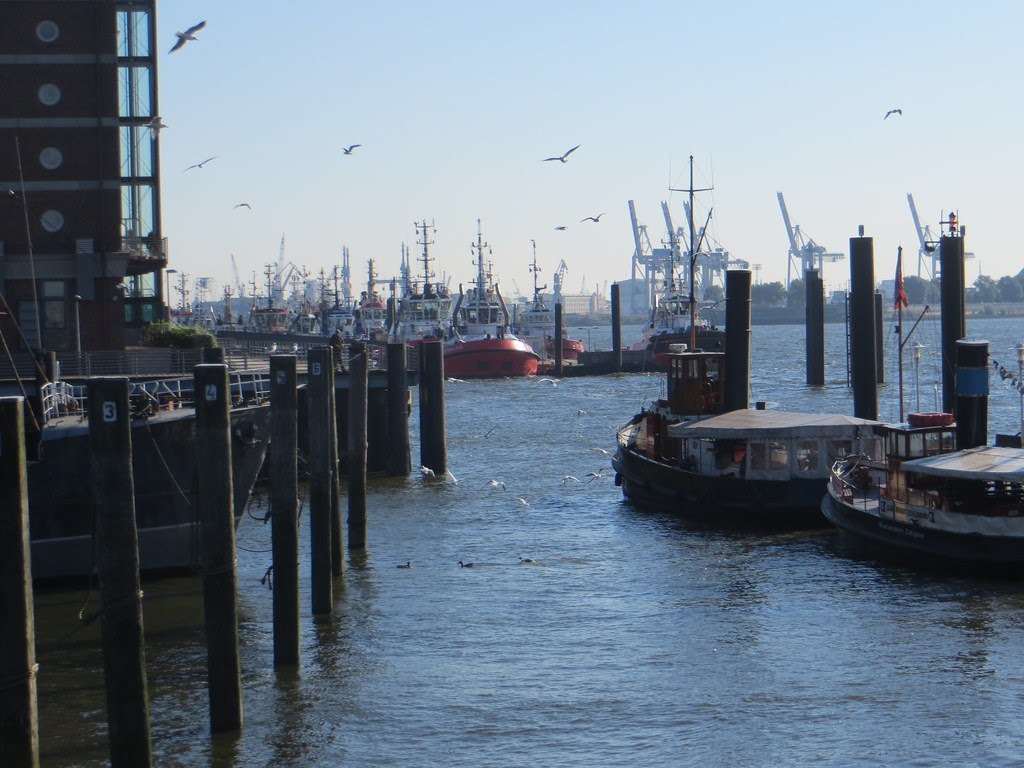 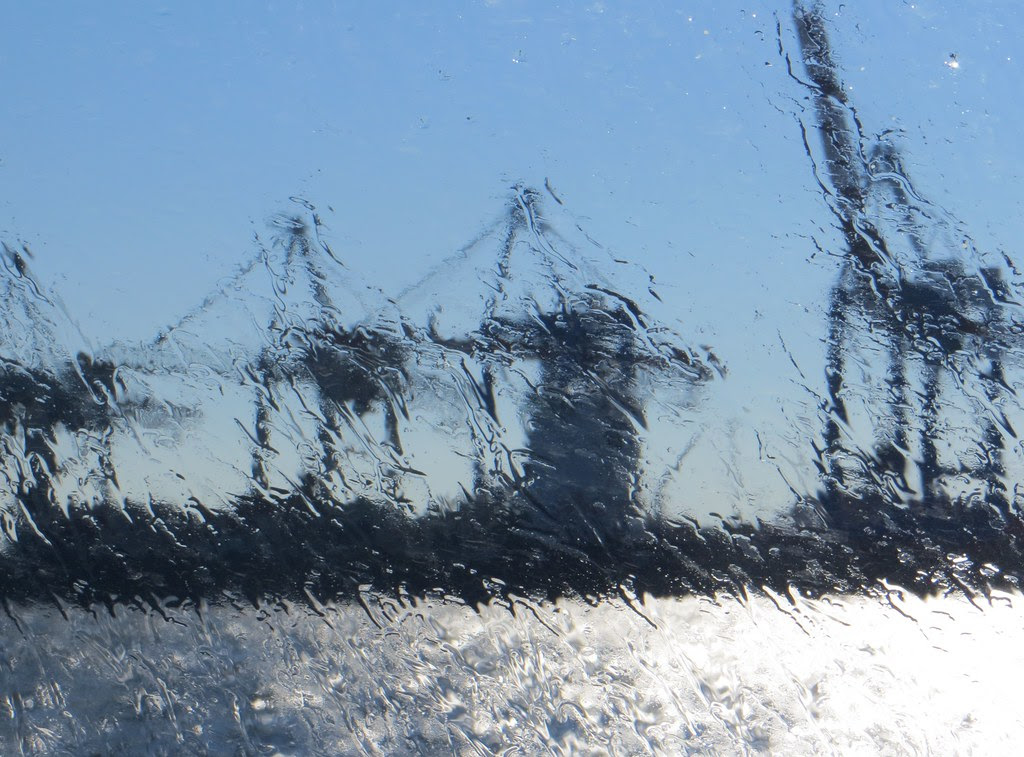