We're rather proud, where I live, of being on top of a piece of maritime history, namely the site where the biggest ship of its day was built. There was quite a shipbuilding industry here, though it seems hard to believe nowadays, being so close to central London; but just across the water was the old Royal Naval Dockyard at Deptford, where Pepys came to check up on the builders, fitters and ships' captains (and their wives), Peter the Great came to learn shipbuilding (and like a modern rock star, trashed his host's home and garden), and Captain Cook set sail for Australia. Our side of the river was known for more mundane sorts of ships - until the Great Eastern.

This is a model of the construction site in the National Maritime Museum - the building with the tower still exists in the middle of our estate, and is something like four storeys high: 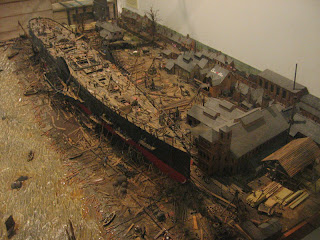 Part of the slipway from which the ship was finally - and with much difficulty - induced to slide into the river remains on display, though those parts that remain in the river are slowly disappearing, from the action of the tides, passing washes and a wartime V1 flying bomb.

Today, the Thames Archaeology Group marked the 150th anniversary of the Great Eastern's first successful (technically, if not financially) voyage across the Atlantic by marking out on the ground the size of the ship and the position of its various important bits. It's hoped eventually to make something more permanently commemorative out of the site. 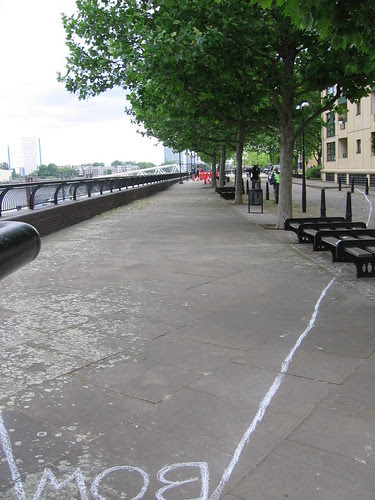 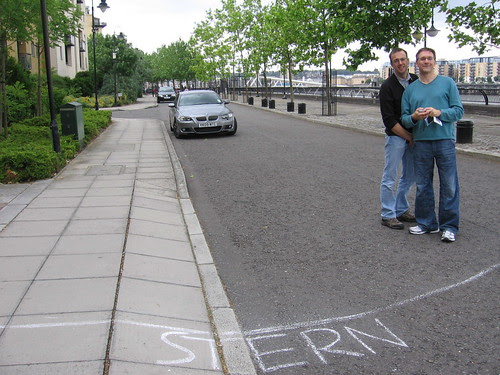 A small group of locals joined in to stand where the funnels stood, and to re-enact the turning of the paddles, under the direction of Mr IK Brunel himself, complete with his distinctive stovepipe hat. 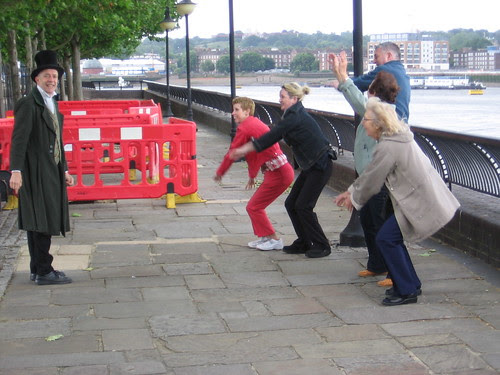 The people in the middle of this photo show where the funnels - known by days of the week - would have been; in the distance, two groups of people to either side show the position of the turning paddle-wheels. 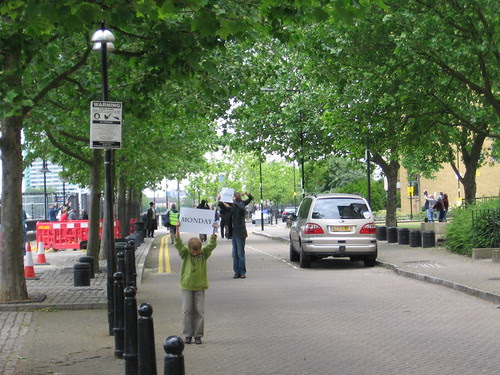 The cold and damp weather showed me up to be made of less solid and weatherproof stuff than the original builders. And just as I drifted away, so, sadly, did the shipbuilding business: and what killed it was Brunel's success in demonstrating here that you could make a huge ship out of cast iron. Until then, ships had been made of wood, which was easy to get into London; but cast iron and coal in quantity came from elsewhere, and it was easier and more profitable to build the ships nearer the supply of raw materials, along the sides of the Tyne, the Tees, the Mersey and the Clyde rather than Old Father Thames.
Posted by Autolycus at 13:50