Arriving at the Cathedral, there are some impressive doors:

and the view of the interior, and particularly its roof, is equally impressive:

So are its stone, metal and wooden fixtures and fittings: 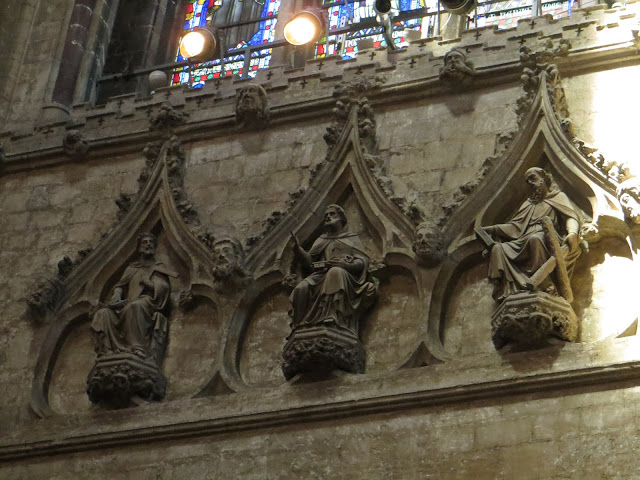 Some of the decoration, particularly the painted ceiling, is Victorian, part of the revival of interest in mediaeval styles previously dismissed as too papistical. The really distinctive thing about the Cathedral is, however, original: well, almost. The Octagon Tower was built in 1322 to replace an earlier Norman tower that had collapsed.

Victorian, too, are the stained glass windows; but upstairs in a side gallery, heralded by the play of coloured light from the windows on the floor, is the Stained Glass Museum, all about how it developed, and is made to this day, with plenty of examples, not only mediaeval but also early twentieth-century domestic and contemporary aesthetic (with plenty of Victorian stuff in between): 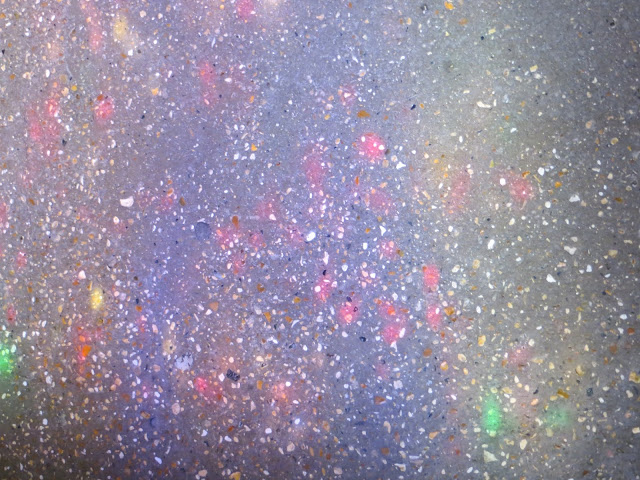 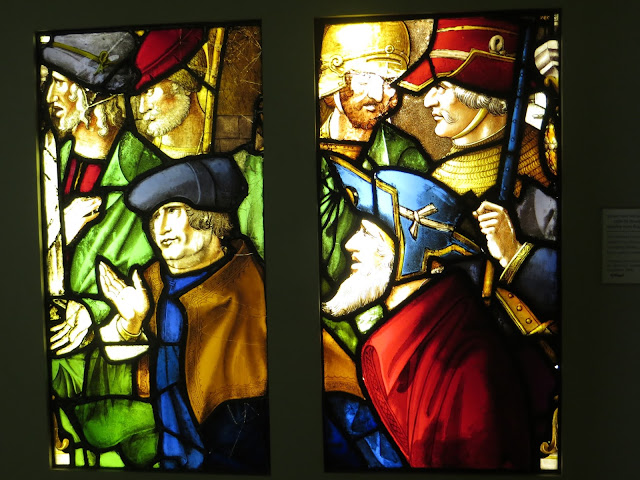