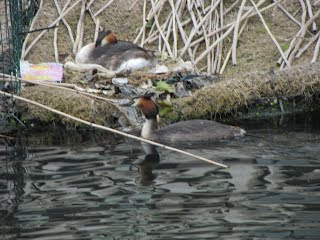 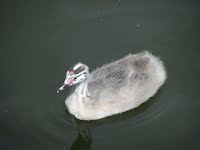 There's been at least one grebe chick (grebeling?) for several weeks now; it's already much bigger than its parents, and quite happy to come close to people on the dock walls.
Posted by Autolycus at 13:20