Time for a tonic

This retirement lark is rather strange. With all the time in the world to do whatever takes my fancy, somehow it takes more effort to get started. I have got as far as catching up on a few household tasks I'd been putting off, but mostly I've been in holiday mode.

I've read more books in a couple of weeks than in as many months before, but somehow that holiday feel hasn't extended to much getting out and about, despite waking earlier and earlier in the mornings. It's no surprise I've started feeling the impulse to nap in the afternoon as well as slope off early to bed. In the present glorious weather that seems like a terrible waste (as well as a certain recipe for encouraging ever-earlier wakefulness, and so it goes on).

But the season of Big Events is well under way, and not to be ignored. A novelty this year is the South Bank celebration of the 60th anniversary of the Festival of Britain on the site. This in turn marked the anniversary of the Great Exhibition (the first of its kind) in 1851 and was set up as a "tonic for the nation". After ten years of austerity and deprivation, this rundown and war-damaged area of London was to be - in today's parlance - regenerated by a combination of cultural investment and crowd-drawing fun, with exhibitions of the latest technological and industrial developments, arts and design, funfairs, bands and outdoor dancing.

Like its predecessor, it was derided in advance as a waste of money and a vanity project for its promoters, but turned out to be a great success. The celebration of a supposedly reinvigorated and innovative British technology and manufacturing looks a bit hollow from today's perspective, but the area's new identity as an arts and entertainment centre has underlined the Festival's lasting reputation as a kick-start for new thinking, particularly in arts and design.

So what are they offering us this year? Well, to add to the living statues, buskers, skateboarders and trick-cyclists, bookstalls, theatre, cinema, galleries and concert halls, and an inflatable temporary theatre for a comedy festival, we have a temporary "seaside". A rather small beach (well, a giant sand-pit really, Paris Plage style), a line of gaily-painted beach huts offering various art works, and a rather over-romantic/nostalgic depiction of Southend-on-Sea, deckchairs on the artificial lawn outside the bookshop, and massive queues building up for the ice-cream stalls. 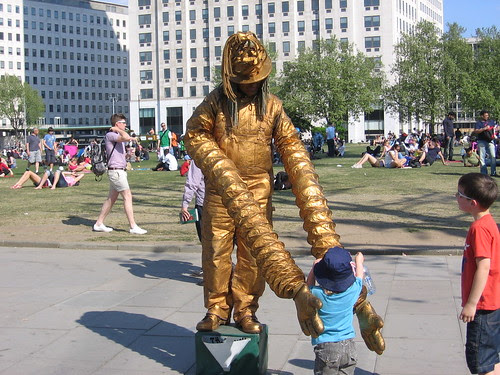 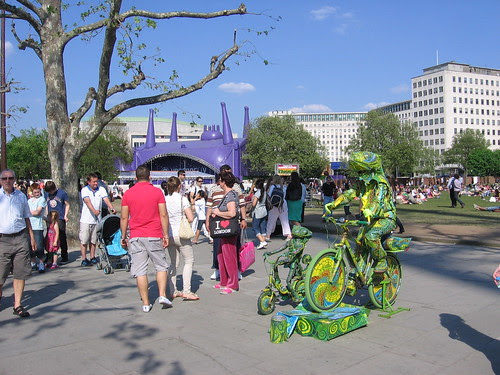 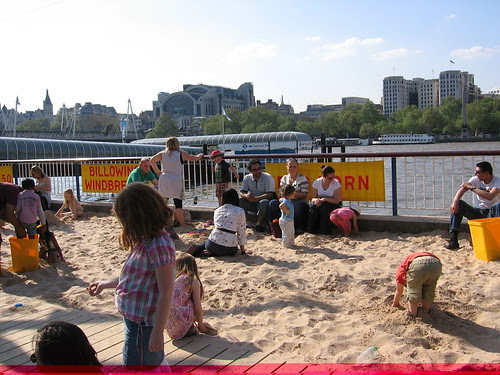 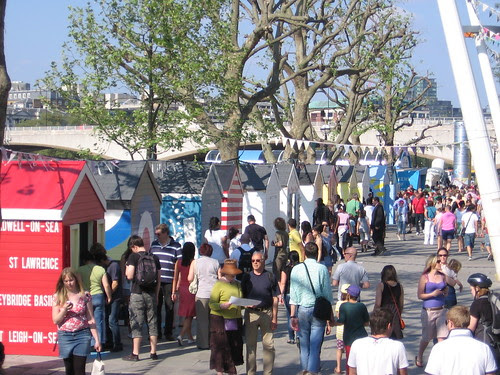 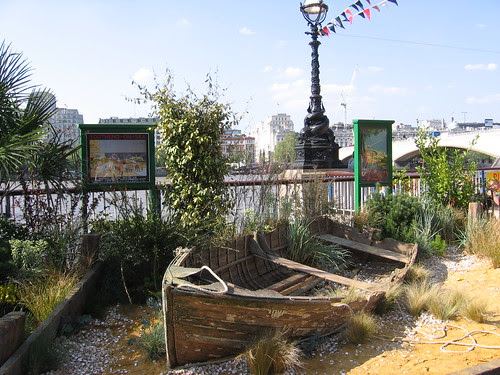 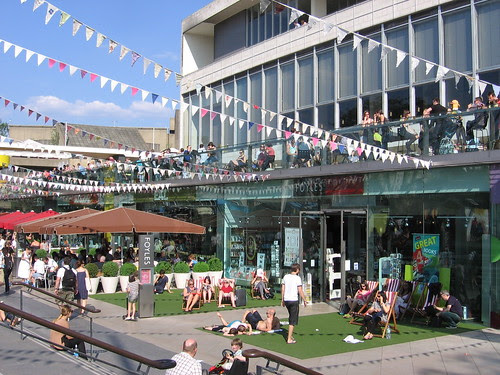 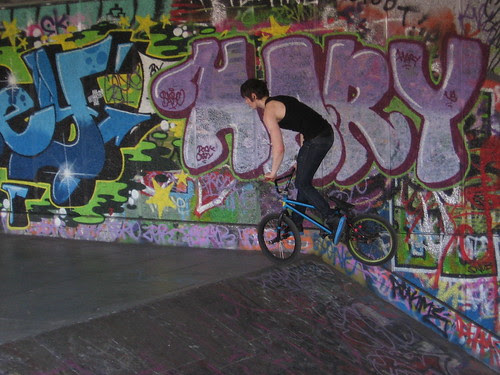 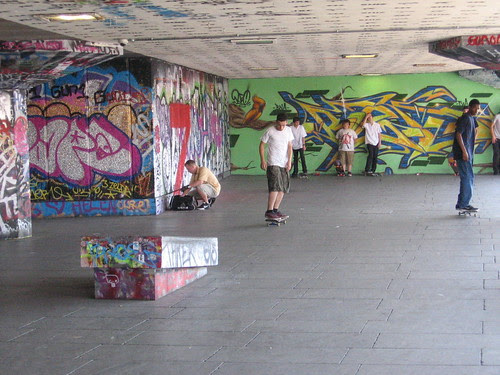 Not all the art displays were fully functional, but one eye-catcher is this display of poems written by refugee groups in London, recalling something similar in the 1951 Festival: 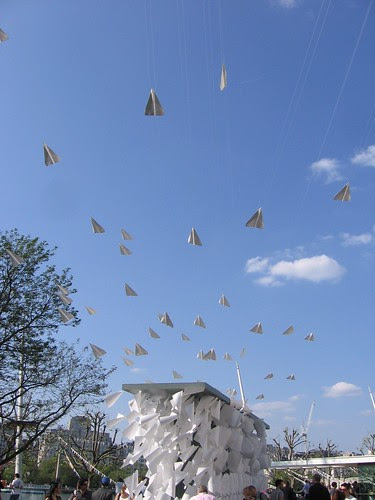 The weather had drawn out the crowds, and the permanent "Appearing Rooms" fountains were particularly attractive to lots of delightedly-screaming children (I'm also posting here a video taken some years ago, to show how they work as a puzzle, as well as just soaking people): 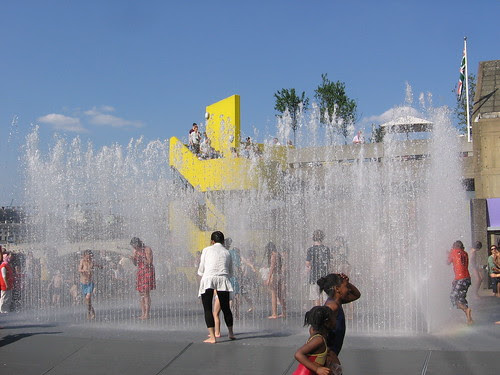 A good time was being had by all, but it's all a bit small-scale by the standards of 60 years ago. These days, fun for its own sake is so much more available, it would be hard to achieve the impact of the original: