One last piece on what I did in my holidays: a pleasant walk along the Thames towpath from where I used to live, there are some forbidding railings and embankments which, in my childhood, looked mysterious and off-limits. And so they were, for these were reservoirs: we would see them on TV, once the Oxford and Cambridge Boat Race started to get aerial coverage, but otherwise not at all.

Since then, they have been converted into the London Wetlands Centre, a combination of educational facility and bird sanctuary.

Around two sides of the site, a succession of areas shows different sorts of wetland habitat and the birds that live in them. I'm assuming that some of the birds populating the more exotic habitats (New Zealand ducks in the "white water" section, South American swans and blue-beaked teal in another) have clipped wings - wouldn't they get lost if they tried to migrate? But there are plenty of native mallards, moorhen and other Little Brown Jobs, as well as various sorts of different geese that seem to think they own the place: 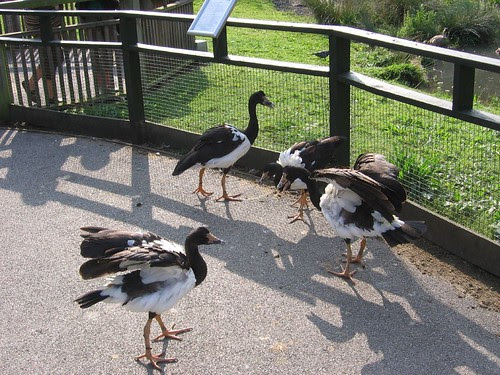 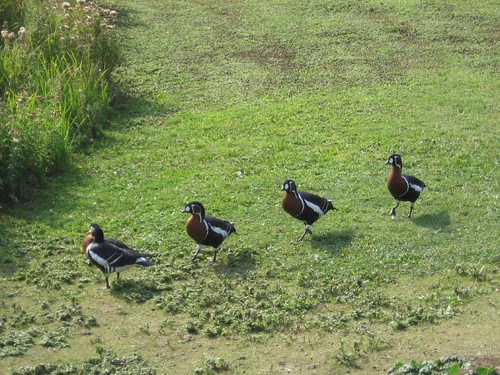 These carefully managed spaces also include, with due acknowledgement to their relative artificiality as well as the principles of recycling, sculptures made of scrap materials

These outer areas are mostly focussed on school parties, with different sorts of buildings for groups to congregate, and a collection of fairground games to explain the water cycle and the maintenance of wetland biodiversity.

But as you walk around, there are vistas of apparently isolated wildness. Most of the site is left for non-human visitors. We humans can only look at them at a distance, from various hides: 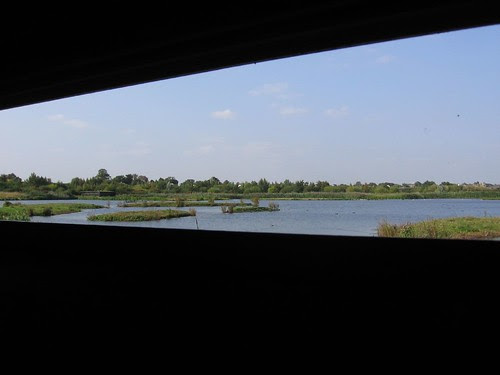 Choose your viewing angle right, and you could be miles away on the marshes of the Thames Estuary: 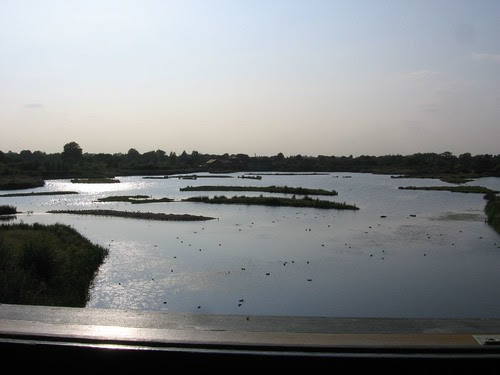 But if you look up, you see not only herons, swans and Highland cattle in the water-meadows - you see the expensive apartments whose development helped provide all this: 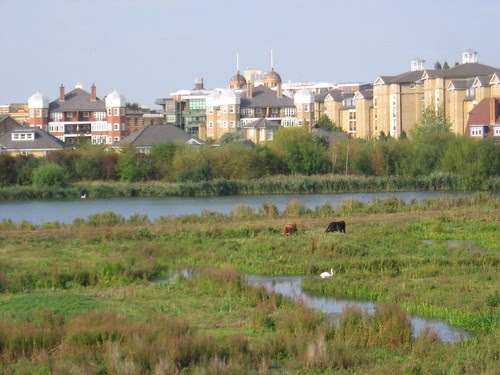 And you remember it's all within half an hour of central London.
Posted by Autolycus at 10:33