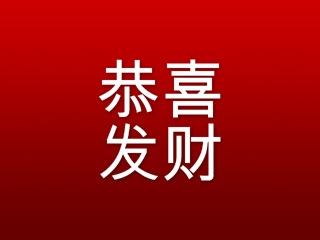 I am a rat. To be precise, I was born in the Year of the Rat in the Chinese zodiac, and today there was a parade celebrating the new Year of the Rat.

Apparently, Rat is associated with aggression, wealth, charm, and order, yet also associated with death, war, the occult, pestilence, and atrocities. I am apparently an Earth Rat, and according to Wikipedia

"Earth is a balance of both yin and yang, the feminine and masculine together. Its motion is inward and centering, and its energy is stabilising and conserving....Its negative emotion is anxiety and its positive emotion is empathy.

In Chinese thought Earth is associated with the qualities of patience, thoughtfulness, practicality, hard work and stability. The earth element is also nurturing and seeks to draw all things together with itself, in order to bring harmony, rootedness and stability. Other attributes of the earth element include ambition, stubbornness, responsibility and long-term planning. In pathology, the earth can represent selfishness and self-centeredness."

I really don't recognise a lot of myself in that. Well, only in the nice bits, of course. 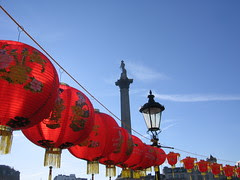 All that notwithstanding, and since the weather was far too glorious to be stuck indoors, I went to see the parade, complete with dragons, fish, dancers and acrobats. I noticed some distinctly non-Chinese faces in the traditional costumes, but, whatever the cast of features, there were plenty of participants with an equally distinctly British air of slightly defiant embarrassment at being dressed up and on display.

But everyone seemed to have a good time, so Kung Hei Fat Choi (apparently that's the Cantonese pronunciation)! Here are some video clips of the parade:
Posted by Autolycus at 16:42