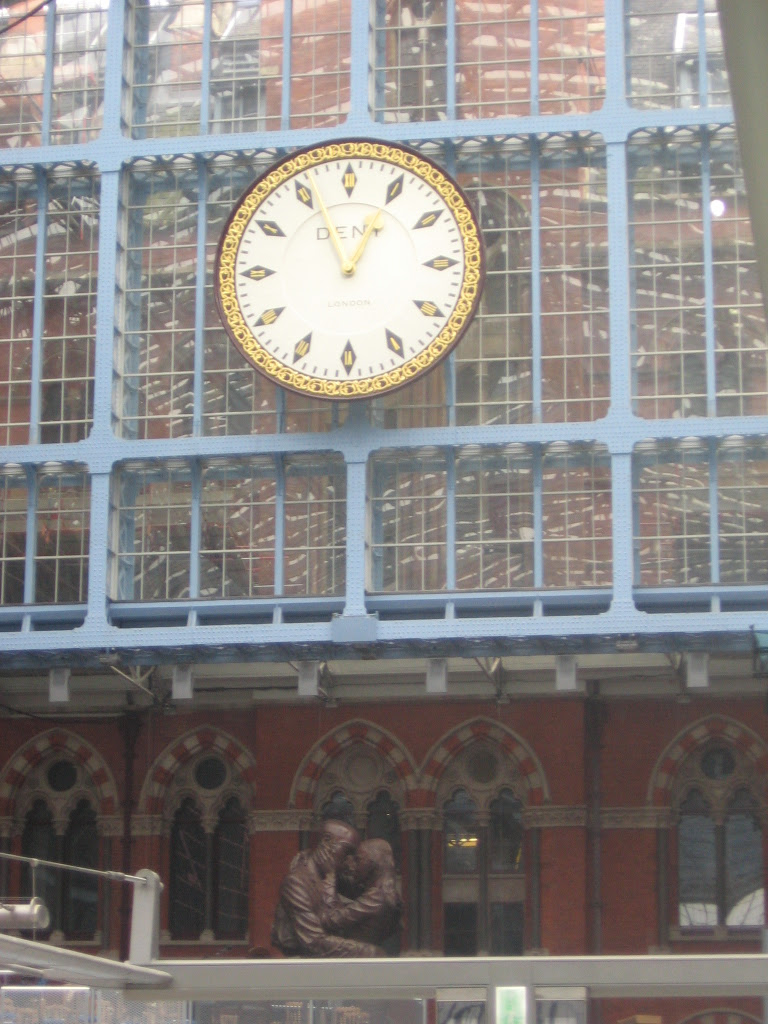 It's an odd thing about Dickens - or me - but I tend not to think of him as particularly attracted to railways. You'd have thought his imagination would run wild at the thought of fire, steam and speed; what would he make about the various odd personalities and goings-on that you can see on Mr. Livingstone's Stupendous Tubular Railway - and surely there's nothing more "Dickensian" than the looming pinnacles and turrets of St Pancras?

But what most of us remember is the mythologised pre-railway world of his childhood, all carts and stage-coaches; and, as part of that, the mysterious marshes where Pip meets Magwitch, the convict escaped from the hulks. Dickens names no specific location, but what he had in mind can't have been that far from Eurostar's spanking new Ebbsfleet station. It's all concrete, steel and glass, and - frankly - without any sense of place at all. It might as well have been in Paris, as it has been pretending to be for the purposes of Eurostar's testing of systems on the new high-speed line into St Pancras. Thanks to a tip-off from diamondgeezer (a Stakhanovite of blogging about all sorts of London lore), I was able to get to be one of today's guinea-pigs.

The new line replaces a leisurely tour of the back-garden sheds and washing-lines of south London to Waterloo with a swoosh through anonymous concrete tunnels and cuttings and much briefer glimpses of lines of pylons marching across the warehouses and containers of Rainham and Dagenham. A fine welcome to London: whereas on the approach to Waterloo you see the Houses of Parliament and the London Eye (for quite a long time if there's a queue to get into the station), on the run-in to St Pancras you see nothing of note, and only the briefest glimpse of the towers of St Pancras Chambers at the last minute.

That said, the new St Pancras is every bit as imposing as the rave reviews say it is.

The "undercroft" space where the freight used to be stored is now converted into the Eurostar check-in and departure lounges, combining exposed brickwork and cast-iron columns with woodblock floors, glass and steel and slate in the fashionable Docklands warehouse look, with plenty of seating, some in an interesting "spine and spur" shape of backless purple leather bench.

This allows masses of space. Even allowing for the jolly, "we're all just acting the part" atmosphere of the test runs, the check-in areas, circulation and waiting spaces are handsomely spacious and airy.

One of the disappointments of Waterloo is that you don't really get to appreciate the ingenuity and scale of the sweep of Grimshaw's roof curling around the rest of the station, because (if you're leaving) you're underground until you need to board or (if you're arriving) you're going back underground within a relatively few paces of leaving the train - and let's face it, the platforms at Waterloo aren't that wide, either, so you feel you have to keep an eye on where your feet are. 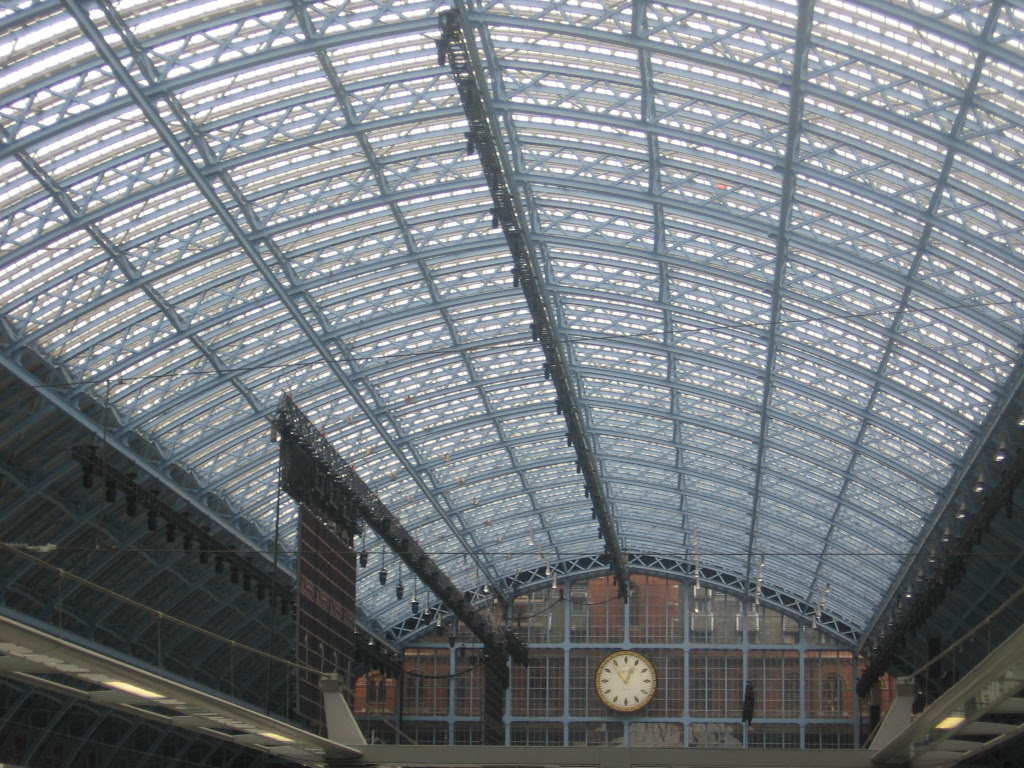 But at St Pancras, you can at one point see the magnificent arch from the lounge area; and on arrival, you have the time (well, admit it, you have a rather long walk) to look up.

Waterloo seems cramped and tired in retrospect - not to mention the Gare du Nord or Brussels Midi. Let's hope St Pancras continues to convey this sense of adventure and comfort.
Posted by Autolycus at 15:46