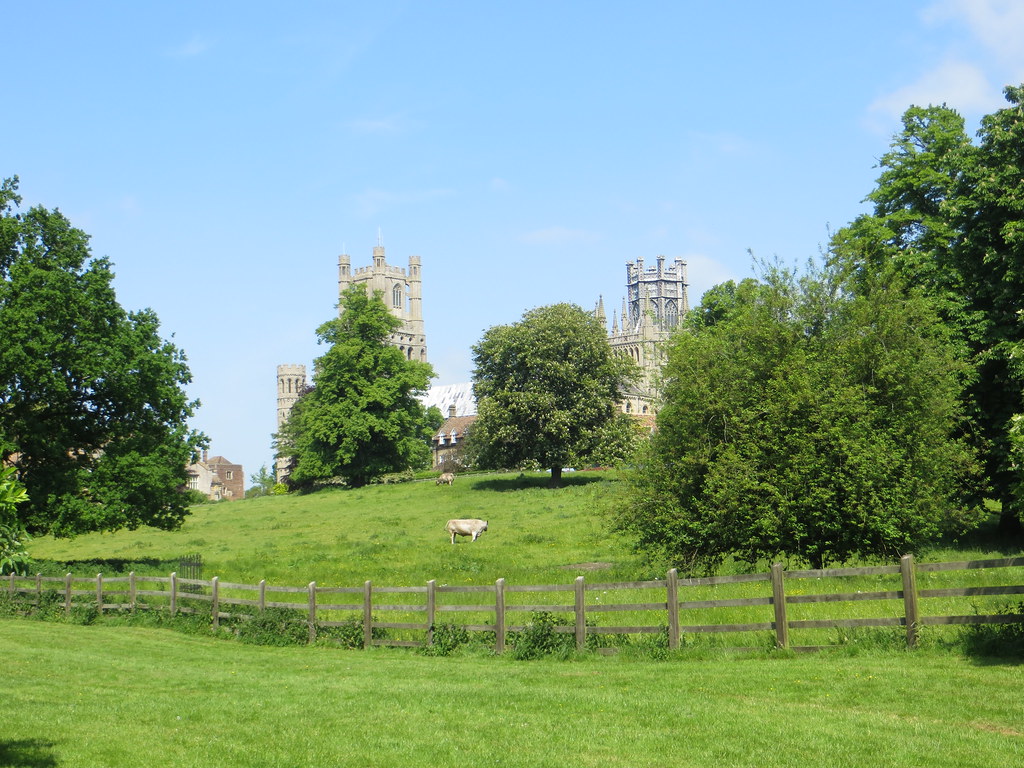 Real-life travel being off the agenda for the foreseeable (no point trying to predict anything these days, it seems), time to do some armchair travel with old photos (surprising how little one actually looks at them, once taken and filed away). Back in the mists of pre-Covid time (2018, to be precise), one adventure was a day trip to Ely. Tidying up some old souvenirs had turned up a programme for a concert in the cathedral that I must have been to in my student days, but I have no recollection of it at all, so it seemed worth checking out again.
It's such a small place, on one of the few hills for miles around, that the Cathedral's domination of the town is visible from quite a way away.
On leaving the station, there's a handy poster map of the centre to show the way to all the main attractions, but it's hardly necessary in the circumstances. Go round through the park, rather than the ordinary-looking streets, and the Cathedral (and with it the geography of the centre) is easily found. 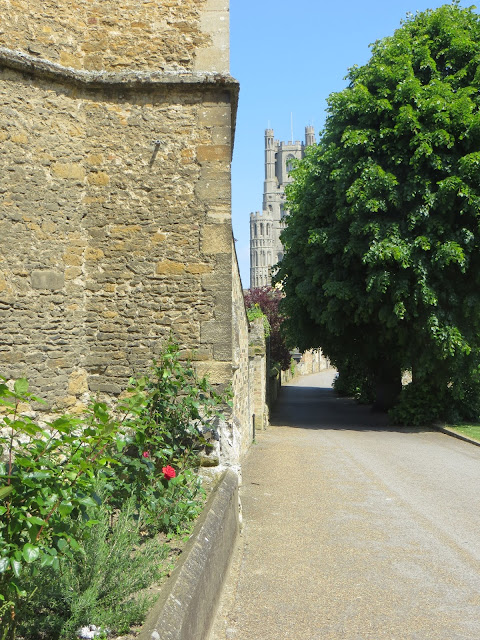 It was originally the heart of a massive mediaeval monastery, whose purlieu took up most of where the modern town stands. On the Dissolution of the Monasteries, Henry VIII allowed the Cathedral to stand, and many of the surrounding buildings to become the King's School, which is there to this day, and mostly behind walls, off-limits to the passer-by.
So even if you're welcome to use the park and pass through to the town centre, there's still a cloistered feel to it all. 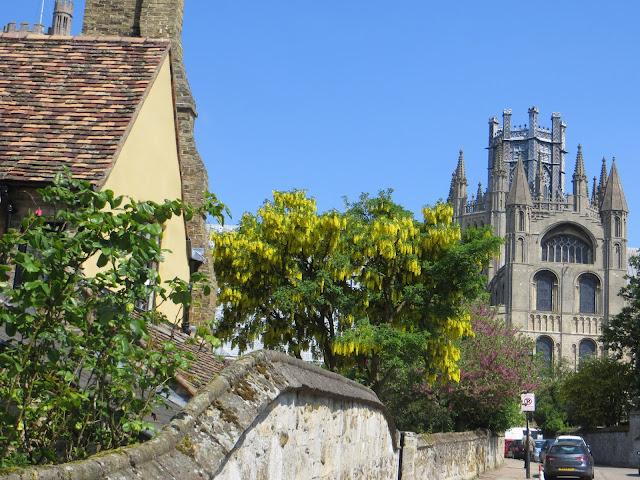 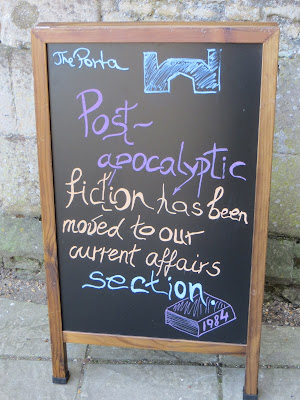 But lest you think this place is entirely other-worldly, the old gate house to the Cathedral/School area contains a library which is keeping up with the times.
On to the Cathedral....
Posted by Autolycus at 07:00