Sonnets instead of Samsung, you might think, but not really.

Instead, one relatively small strip at the bottom of all the adverts featured, for a few minutes every hour, some short films inspired by Charles Causley's

Which was all very well, insofar as they could be made out against the competition from all the other advertising panels (not to mention, depending on where you were standing, having your view obscured by a passing double-decker). A brave attempt, perhaps, but simply swamped: 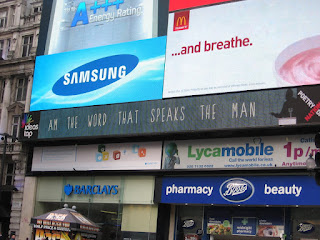 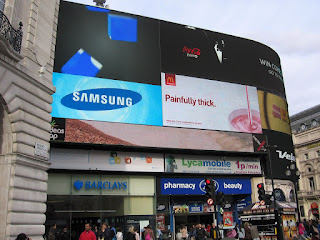 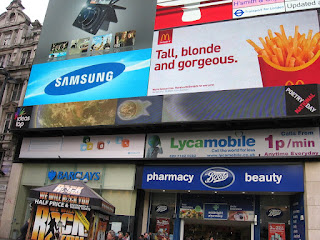 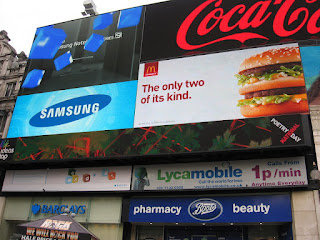 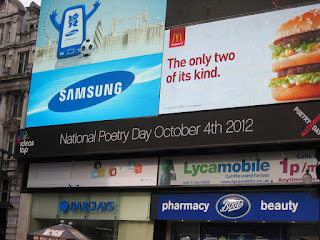