What I did on my holidays (VI) - Hamburg 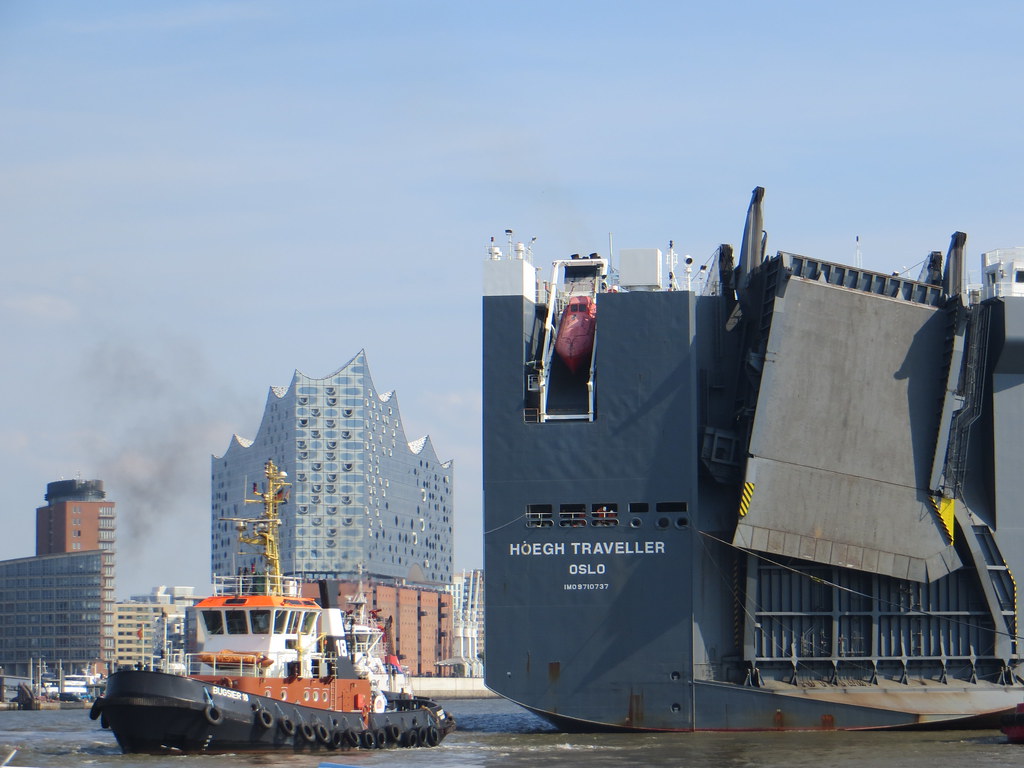 The offer of a home exchange to Amsterdam provided an opportunity to try something I've had in mind for a while - to go back to Hamburg, but to do so by train. It's possible to do it in one day from London (I went straight through on the way back, without too much discomfort or boredom), but I didn't fancy arriving there in the evening, so stopping off somewhere en route would be called for - so starting out from Amsterdam (four hours away) made sense.

What I particularly wanted to see was the building with the roof like wave-crests - the Elbphilharmonie.

Built on to an old warehouse at a key point where the old warehouse and docks area pokes out into the Elbe, it's a complex of (very expensive) housing, offices and car-parking surrounding two new concert halls. As with so many new projects, it took longer and cost more than expected, but the end result is an impressive and austerely beautiful space, all off-white stucco and unvarnished oak, with airy foyers and staircases open to panoramic views on both sides, and an outside observation platform running right round the building (no photos allowed inside for the general public, so these are borrowed from elsewhere):

And inside the concert halls, it's not just the open-ness of the main hall that impresses:
so much as the seemingly organic, almost Gaudi-esque, shapes lining the walls:
But they're not just there for the visual or tactile interest - they're all part of the acoustic design. Apparently (according to the guide), every ridge, gully and cell is part of a carefully worked out plan for each small area of the walls, with every panel planned for its specific location and no two panels entirely the same. Not that (as with other concert halls) there wasn't debate about how it all sounded, leading to some later modifications.  Not having had the opportunity, in the time available, to get to a concert, all we could hear of the acoustic, apart from the guide talking, was a test run of the emergency announcement and some snatches of recorded music as the sound engineers did some tests of their own, which all sounded fine to me (but what do I know).

The tour over, we were free to take photos around the outside, where the wavy glass exteriors offered some interesting reflections: 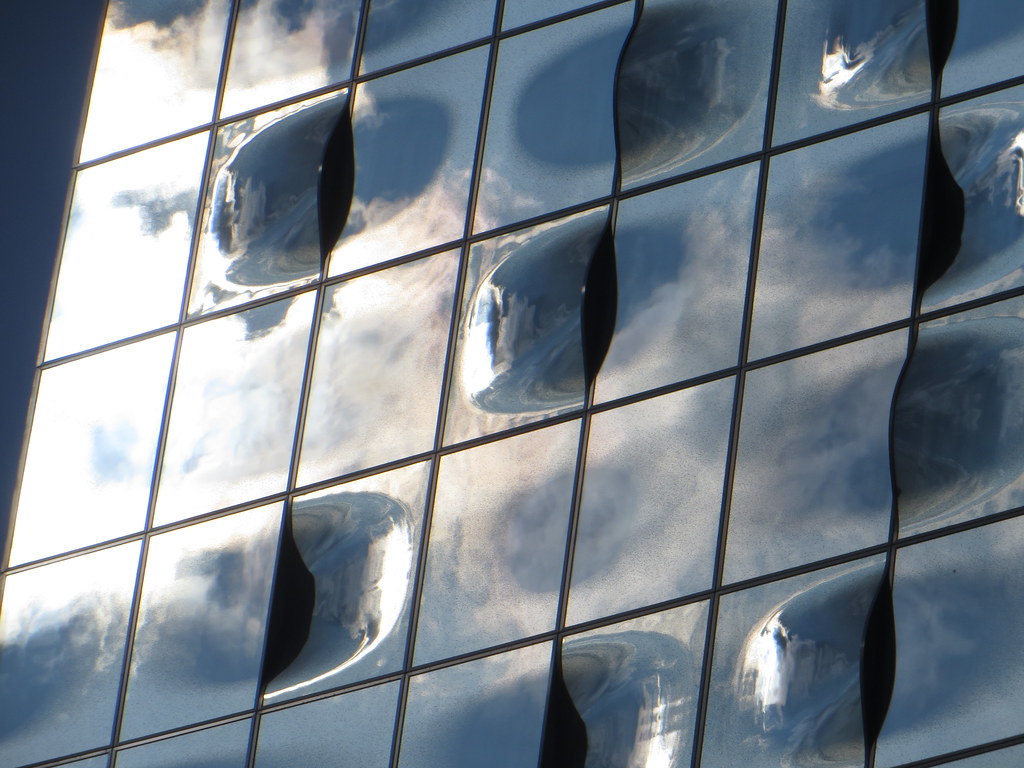