What I did on my holidays (III) Outside Amsterdam - Enkhuizen

Having some time to explore more widely than the usual round of things to do and see in Amsterdam, this trip took on something of a watery theme.

An hour or so north is the pretty town of Enkhuizen, on the edge of what was once the Zuiderzee, till they closed it off in 1932 to reduce the dangers of flooding from the North Sea, and forming the IJsselmeer and some substantial areas of poldered land.

Nowadays it is a magnet for plenty of leisure sailors.

One can only guess at the combined value of all those boats. Once, the town's inhabitants liked to leave the marks of their modesty as well as the source of their prosperity:

Of course, safety came at a price: major changes to the way of life in the villages around the affected coast as fishing declined, the war and occupation came, and small market gardening faced increased competition from larger operations.

Hence the Zuiderzee Museum, a collection of reconstructed village houses and other buildings (church, school, pharmacy, post office, smithy, laundry and so on) arranged on the same sort of plan as a typical village, on the edge of the still seemingly vast expanse of water, with plenty of craft sailing by as they did years ago. The interiors are smaller and darker than the photos suggest, to the point that my entering an open front door gave another visitor quite a fright as, at just that moment, she came out into the hallway.
There's an indoor museum displaying all sorts of objects and artefacts demonstrating the different trades, pastimes and costumes of the different villages. Just as the old, relatively isolated ways of life were starting to dissolve into standard modernity, the tourism promotion authorities chose just those costumes as a symbol for all that is  Dutch, so these will not be entirely unfamiliar: 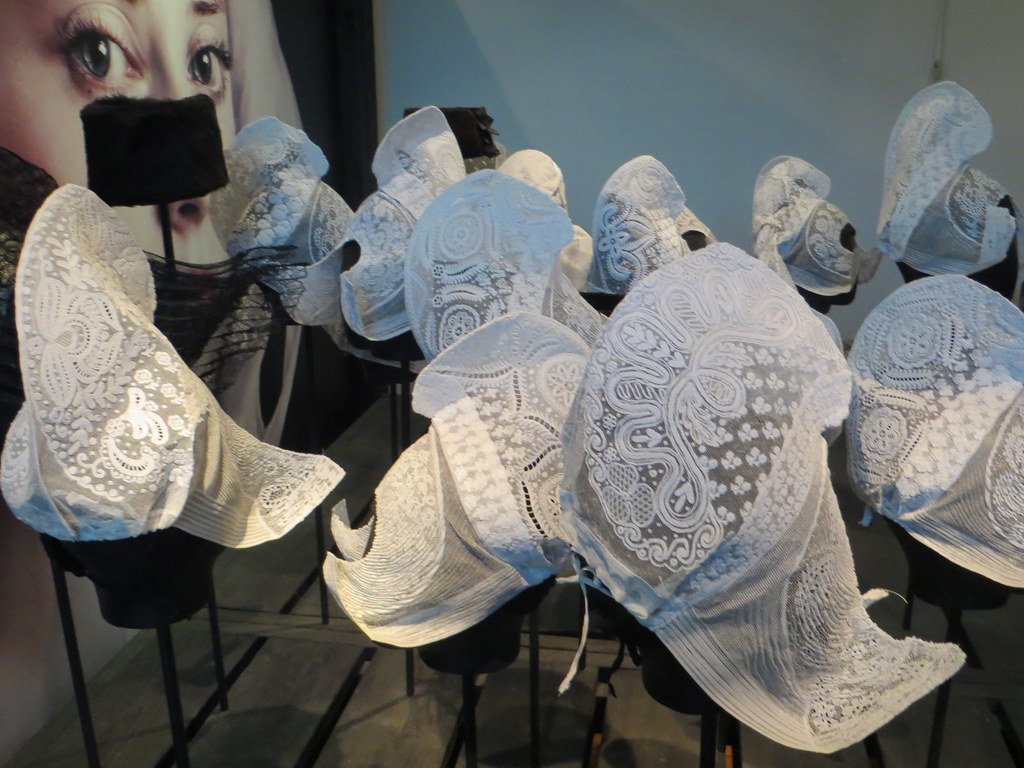