Sunday morning in the park 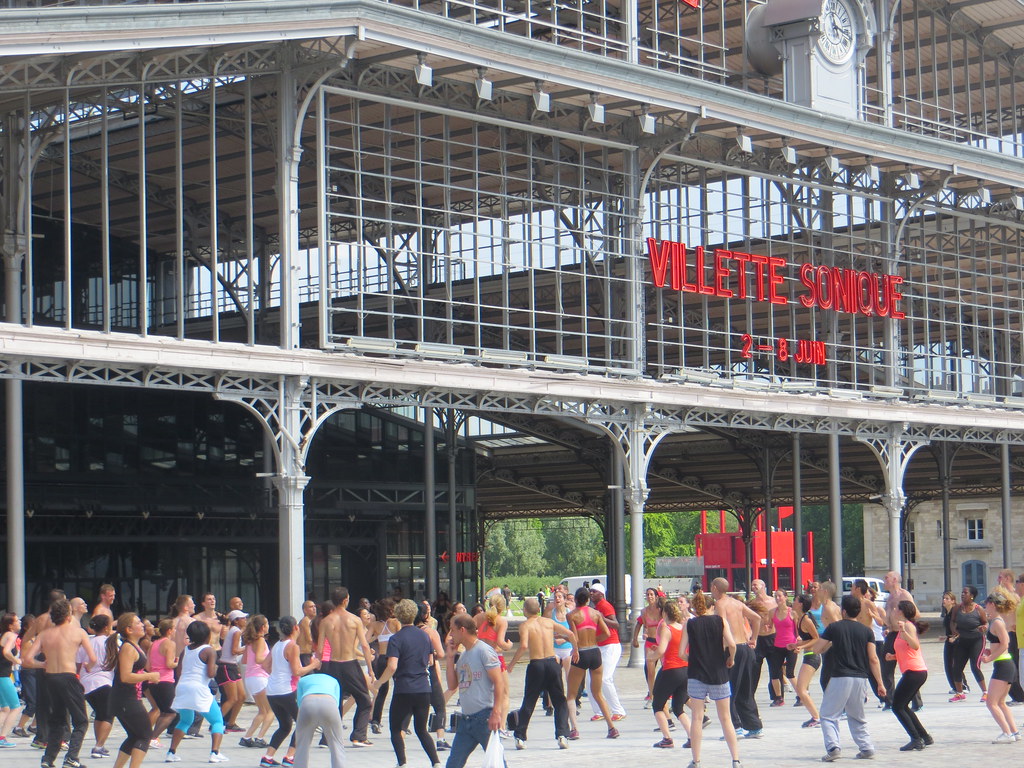 Everywhere has its own oddities (we've got plenty, after all). This weekend's example of the Parisian version was to find, on arrival at La Villette, not so much the aerobics class/demonstration taking place on one of the hottest mornings of the year, but that it was doing so to the sound of sundry well-known Christmas songs and hymns, complete with a singalonga chorus, all to the same bouncy party beat. Up and down, side to side they went, with some particularly aggressive whoops and air-punching as they got to "peace on earth and mercy mild". 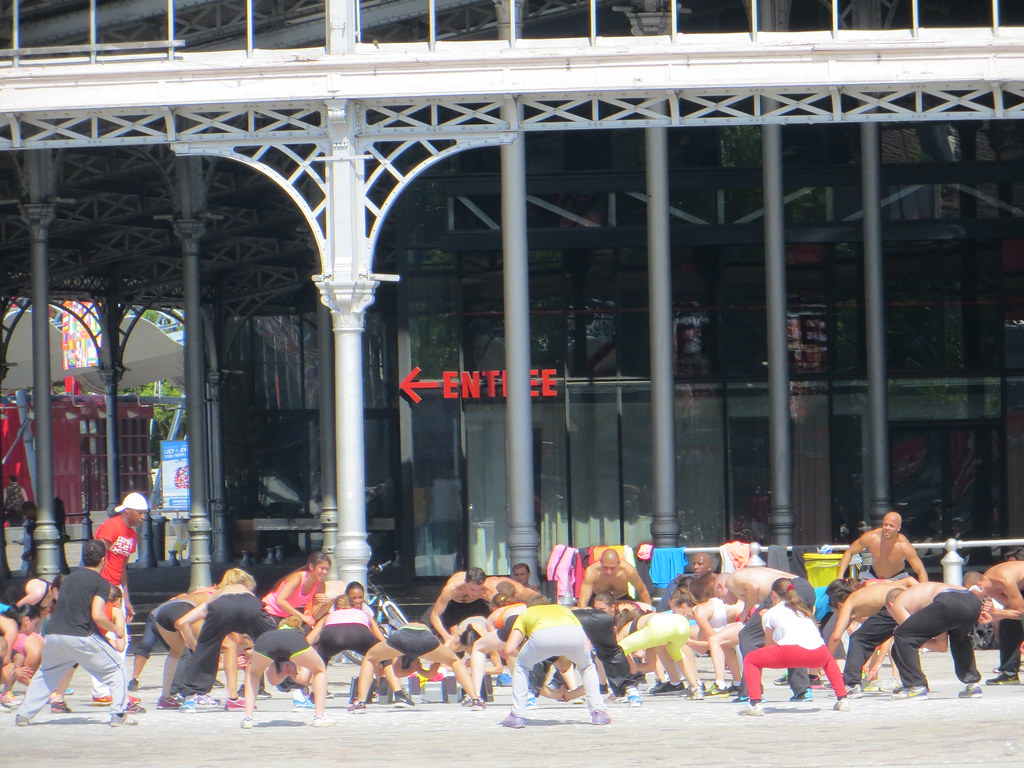 And all watched over impassively by the sculpture in the fountain, apparently of a woman having an enema. 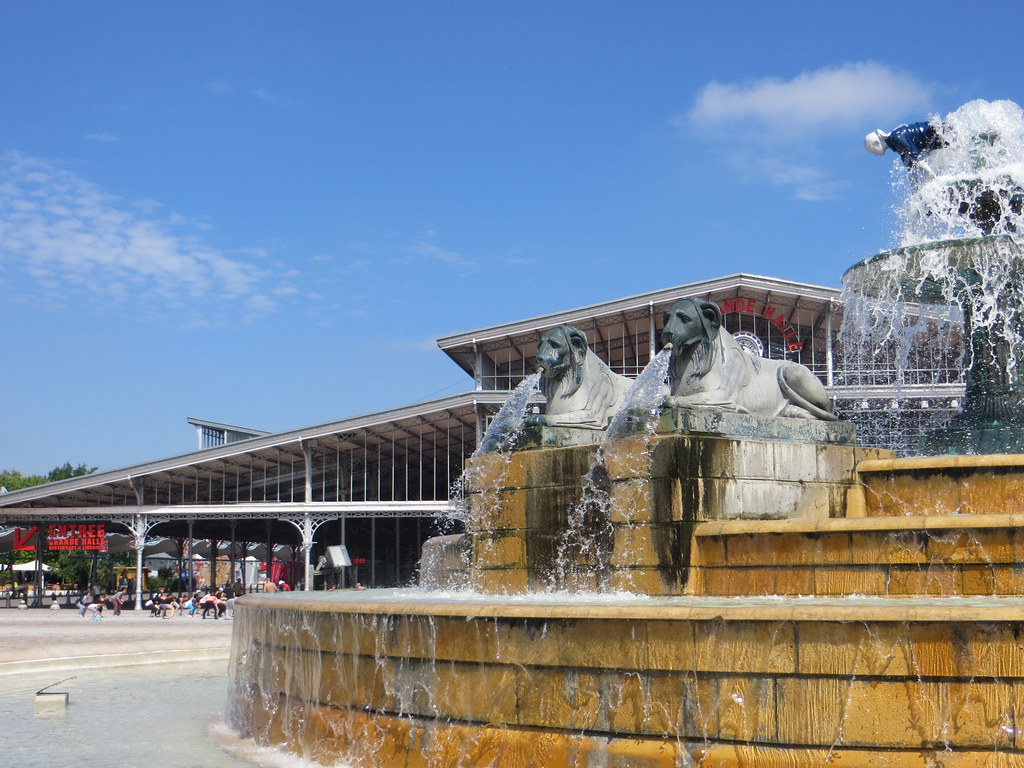