A fair few of the bloggers I read seem to be engaged, as I am, in digitising their old photographs, as they post examples on Thursdays. By coincidence, it was last Thursday that I got stuck into my "trip of a lifetime" photos from Australia, and ended up posting the banner picture above: it's from Heron Island on the Great Barrier Reef in 1998 (the ship was bought as a wreck, in order to form a breakwater for the channel up to the jetty).

This Thursday's photo is from my second trip there, to the Millennium celebrations in Sydney. As it happens, I had the luck to be invited to a party on top of a tall block of flats overlooking the harbour, and the fireworks and waterborne display were amazing. Only, as these things will, my camera chose to die on me just as we were waiting for the show to begin - but at least I got to concentrate on the complete panorama, rather than a viewfinder.

And the photo? The framework doesn't show up at its best against the sun, rather than outlined in blazing fireworks, but it's the centrepiece of the display - the word "Eternity". There's a tale attached, to explain its significance to Sydney. 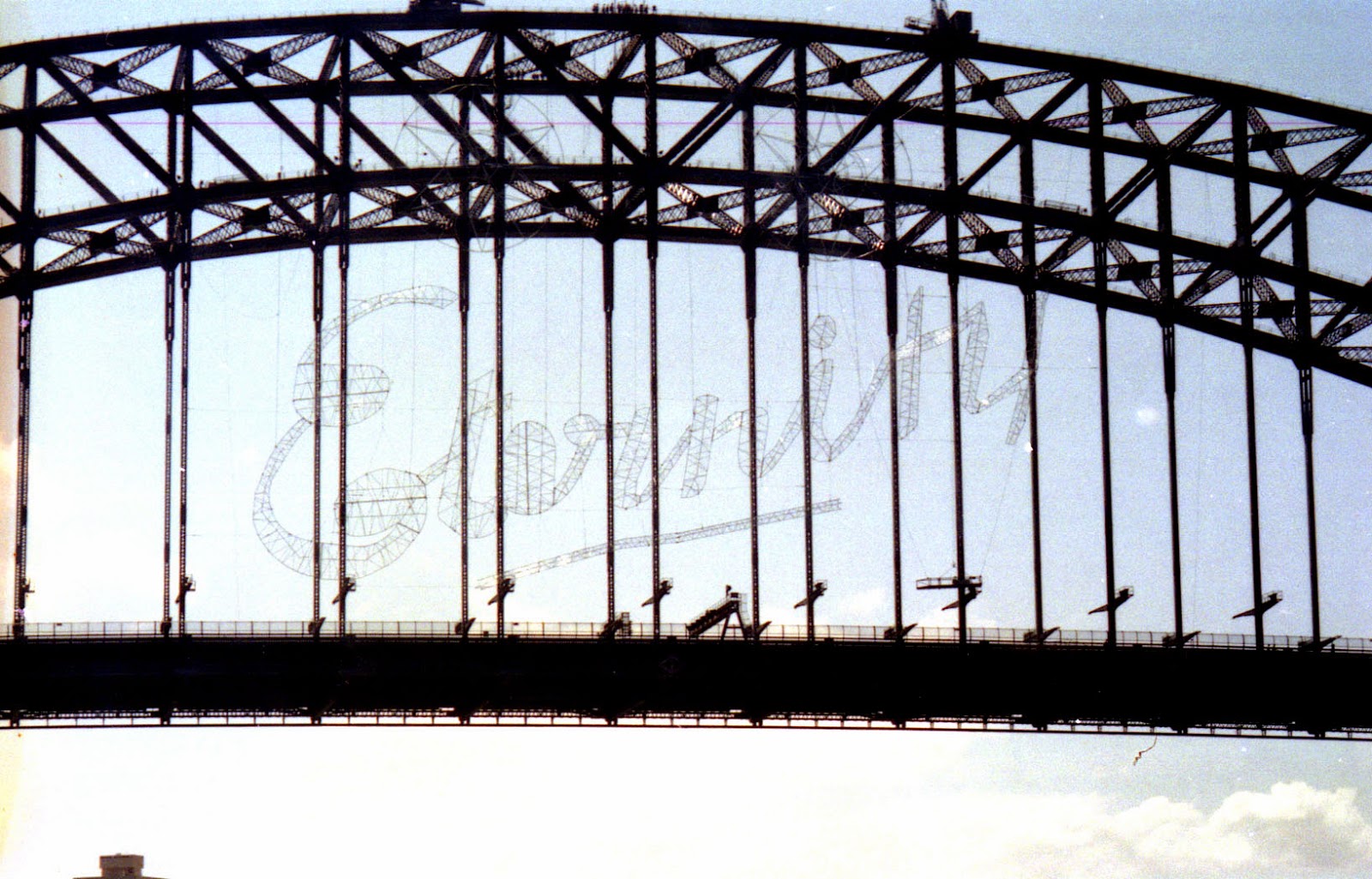