Self-imposed blogging deadlines having given way to a long-buried recognition that some spring-cleaning really needed to be done, these old photos are surfacing today. In 1987, I went to Chicago, where these two American icons were handily placed side-by-side in the Art Institute. 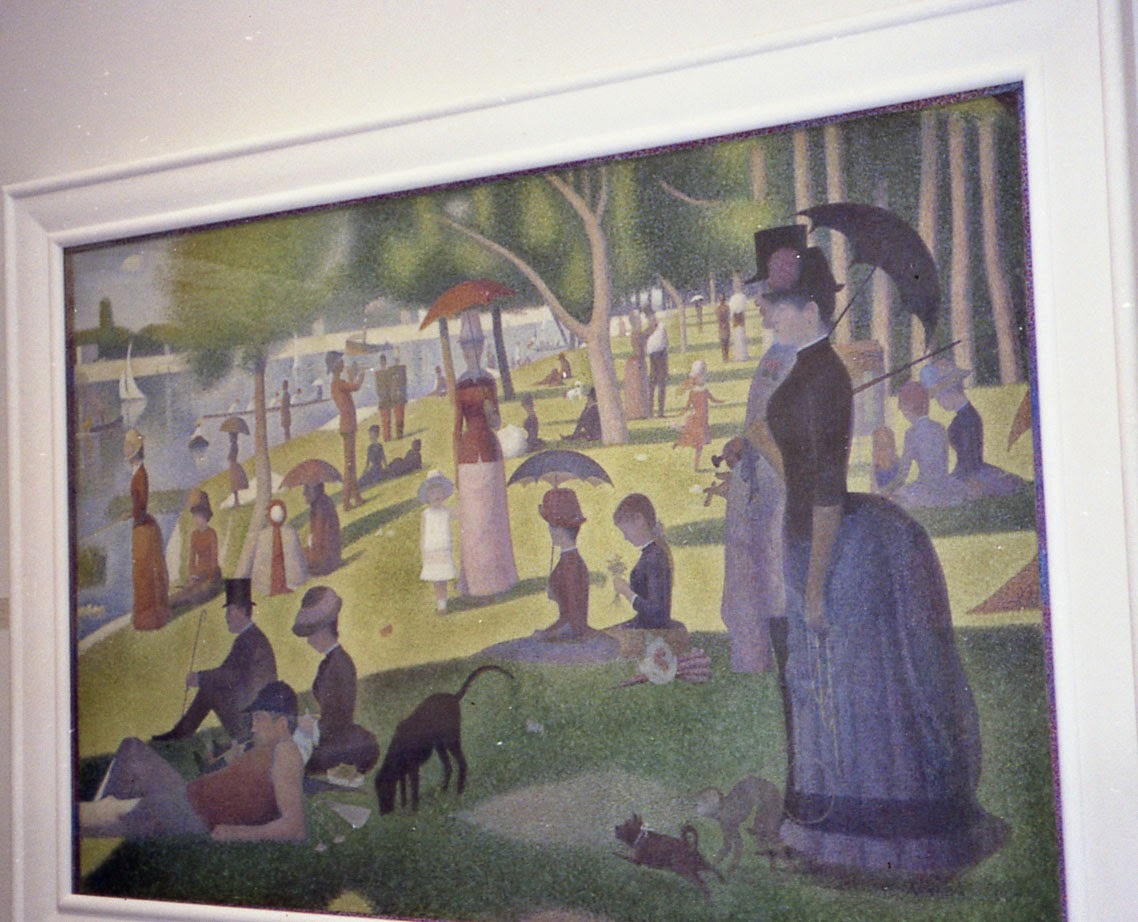 Not far away is the equally well-known Sunday Afternoon on the Ile de la Grande Jatte by Seurat.

At that time, Sondheim's Sunday Afternoon in the Park with George, inspired by the painting, was a big hit and general talking-point.

Which may explain why this hommage had appeared in a nearby lakeside resort, in somewhat less exalted circumstances (click to enlarge): 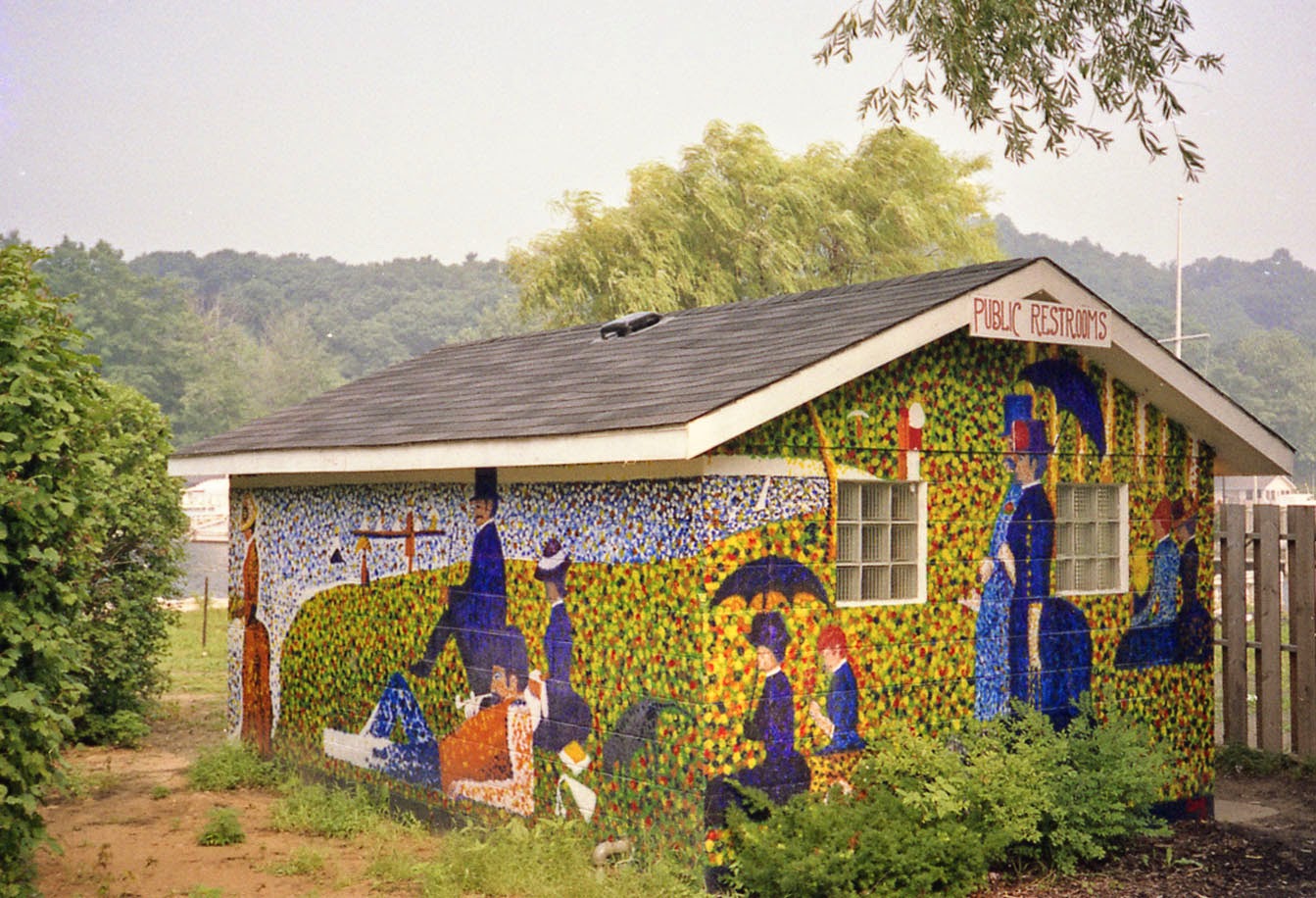