Another view of Sydney Harbour Bridge 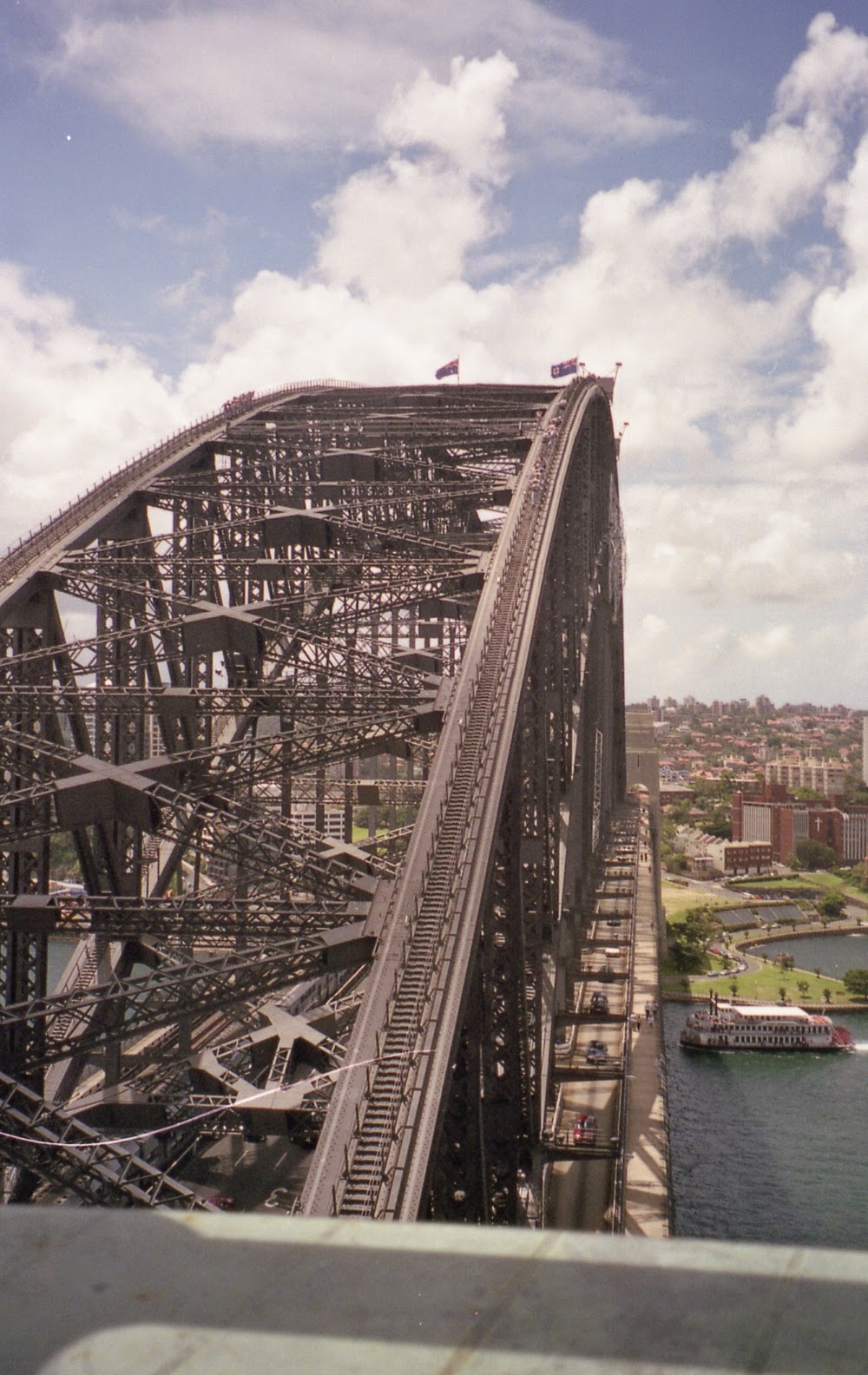 It turns out that my family has a connection to the famous kerfuffle at the opening of the Bridge in 1932. In the heated politics of the day, with the Premier of New South Wales in fiscal and constitutional conflict with the national government and the State Governor (the Crown's local representative), the right took exception to the Premier's decision (in a spirit of egalitarianism, or egomania, depending on your point of view) to perform the formal opening himself rather than leave it to the Governor. Francis de Groot, the leader of a right-wing paramilitary group, managed to gatecrash the ceremony and charge past the Premier on horseback to slash the ribbon with his sword before the Premier got there.

One of my mother's cousins told me years ago that his brother, who had emigrated to Australia, had been involved in some way. A recent idle search online turned up a biography of de Groot: and, indeed, the brother is mentioned, as a "somewhat mysterious colleague" helping with the preparations, sharpening the sword and driving de Groot to the Bridge. Perhaps I should keep quiet about it if I ever go back to Sydney.