On my (permitted daily) wandering around the neighbourhood, I've been struck by the different timetables by which the trees are coming into leaf and flower.

The plane trees are barely thinking about it at the moment: 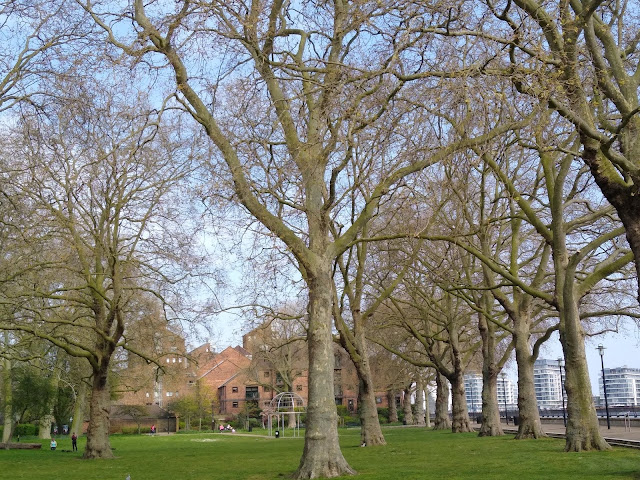 while the poplars and willows are in the first flush: 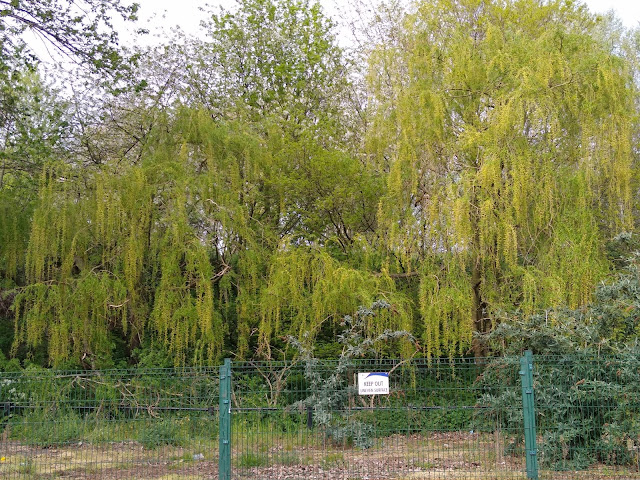 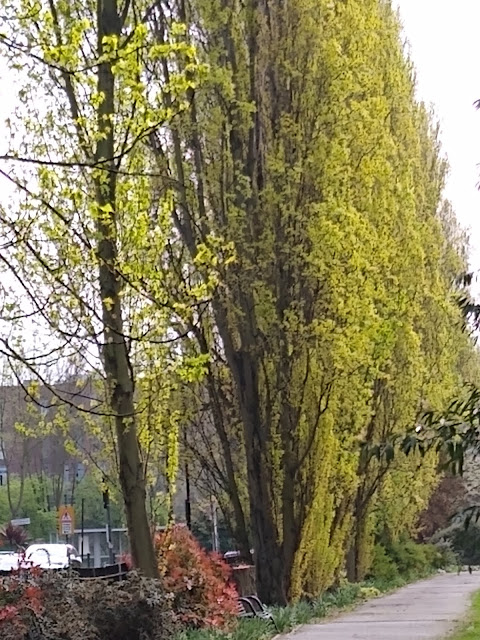 and the chestnuts are looking well advanced (and much healthier than these particular trees will look later on in the year - there's some sort of blight seems to get them then): 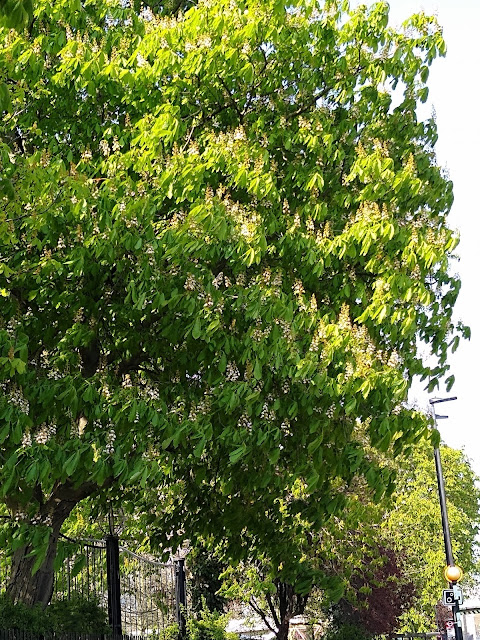 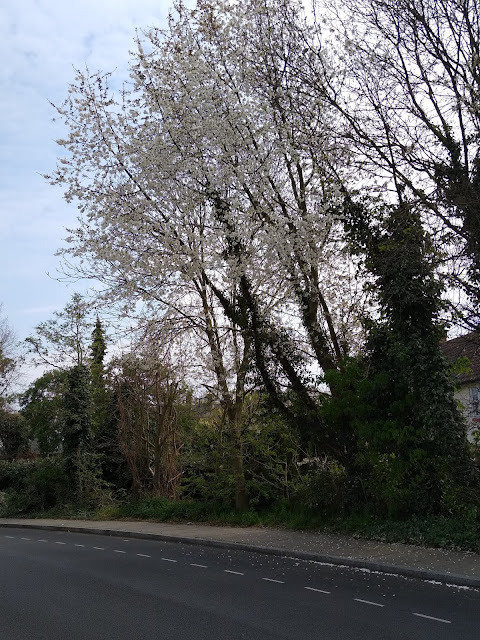 while these managed ones look like an explosion in a frilly-knicker factory: 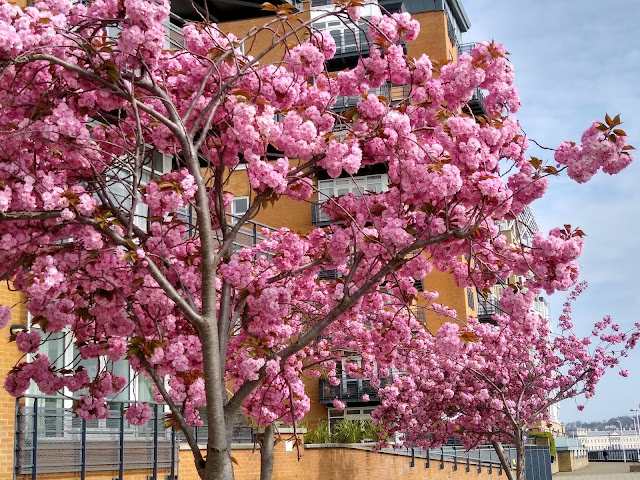 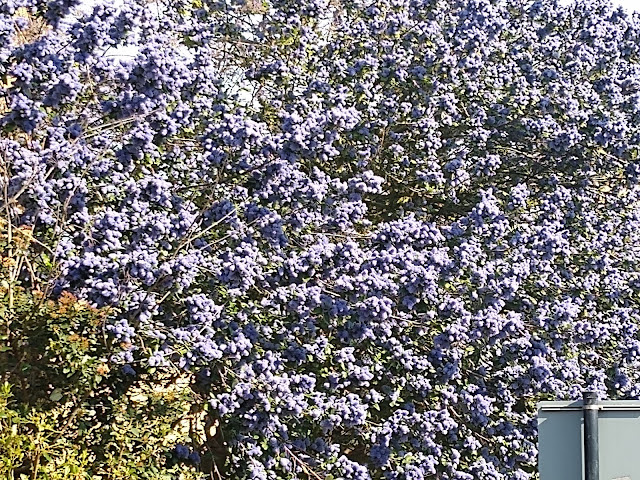 Now the weather's set fair for a few days, the parks are more needed than ever, even though the play equipment has been cordoned off. There is much debate about the way the major park in the area saw so many people too close together, and whether or not it should have been closed, but our local ones weren't quite so popular yesterday: 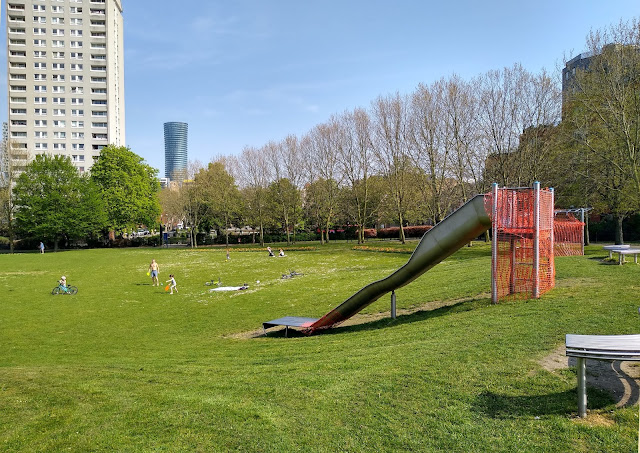