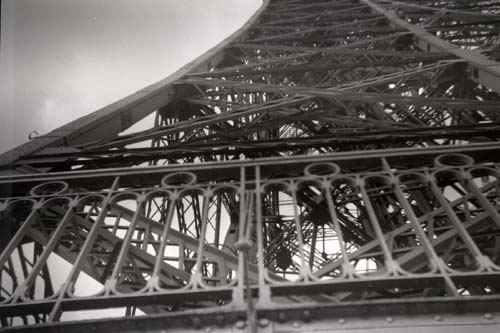 Just to mark where I am this weekend, here's one of the first photos I ever took of Paris, in 1963.

Arrival here these days is so much easier with Eurostar: an unremarkable two hours on a train (with no ferries or customs checks) and then just walking out of the station like a commuter.  Today, though, there was a reception committee: a guard of honour, flowers and banks of photographers. Not, as it turned out, for any old hoi polloi, but for the Queen, due to arrive for the D-Day anniversary events. Whether she had been on our train and was just waiting for all of us to be out of the way before making her way down the (rather narrow) platform to the big reception, or whether everyone was good and early for a later arrival, I didn't stay to find out.
Posted by Autolycus at 19:45