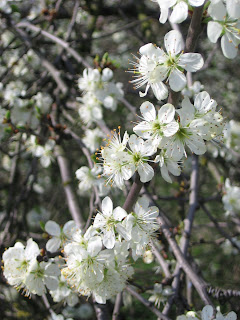 Spring is coming together, seemingly in more of a rush than it usually does.

Now that my last contract has come to an end, I can consider myself starting an new life of retirement.

Time for a stroll around, with no particular target or deadline.

Unlike the birds making making use of nesting rafts and stray rubbish along the wall of Millwall Dock: 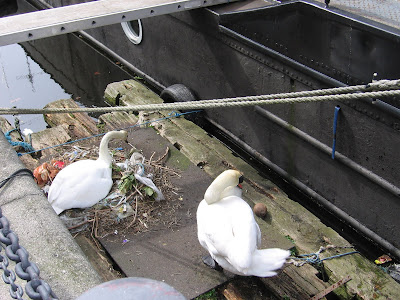 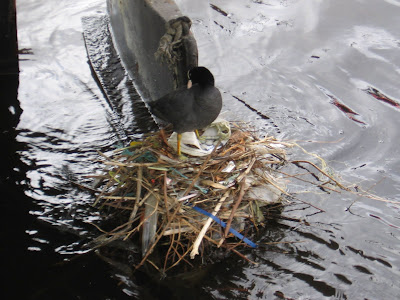 The coots (who always seem to breed early and often) have produced a first stumbling ball of fluff, who will, no doubt, quickly become as big a bully as the rest of them: 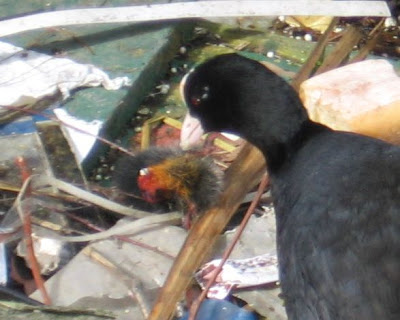 The city farm is still waiting for the first lambs to be gambolling around the field (but judging by the bleating from one of the sheds, that may not be too long a wait).

A surprise exhibit by the pig-pens is this example of what you would have found here 70 years ago -a battery of anti-aircraft guns to defend the docks (indeed, for a few weeks in late 1939, my father was here as part of the team working a gun just like this). 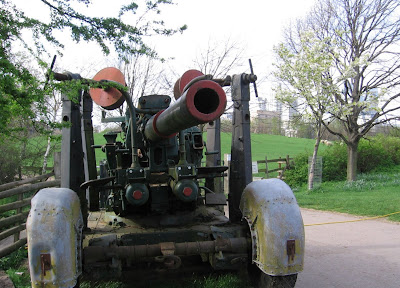 Some enthusiasts hope to show it in its historical context, some of which you can still read in the arrangement of mounds and concrete trackways around the fields and allotments.

Though the eye tends to be struck more by the contrast of farm and finance: 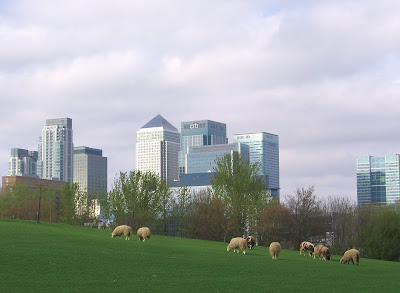